What is a Family?: Tales Told by the Mother

Home » What is a Family?: Tales Told by the Mother

Editor’s note: The Mother used the art of storytelling most sweetly and effectively to inculcate higher and nobler values in children and adults. Presented here is a collection of a few stories told by the Mother which help children learn how to keep widening the definition of family, and thereby grow in capacity for love and affection. We have selected these stories from Volume 2 of the Mother’s Collected Works, pp. 269-273.

If someone asked you what makes a family, what would you reply?

I asked a child the other day and he replied, “Two.” He meant the husband and the wife.

I asked another child and he replied, “Three,” thinking of the father, the mother and the child.

And yet we can see that the family is very often larger than these three. Suppose, for example, that there are four: father, mother and two children. Then a new idea, a new friendship comes into play, the friendship of brother and sister. In this friendship, we do not look up, as to a parent, or down, as to a child. We are attached to a friend who is more on our own level, who is in a way our equal, or nearly our equal in age. And so brotherly affection adds a new gem to the wealth of the household.

When Rama returned to the city of Ayodhya with his bride Sita of the lotus eyes, his brother Lakshman shared in the joy. Tents were set up for entertainments, the streets were planted with mango, betel-nut and banana-trees. The bazaars were bright with flowers and drapery; flags waved; drums rolled; all kinds of music played sweetly. People cheered, “Rama, Rama!” and Rama’s heart was happy.

And so was the heart of Lakshman; brother shared the joy of brother.

A day came when the sky of life was clouded and no music was heard. The old king of Ayodhya had made known the terrible decree that Rama must go into exile for fourteen years.

When Lakshman heard this cruel order his body shook with sorrow, his eyes filled with tears; he ran and kissed Rama’s feet, and for a moment he could not speak a word.

“Brother,” said noble Rama, “let not your soul be troubled. All will be well in the end. You cannot come with me. You must stay in Ayodhya to help my father and the people.”

“No,” replied Lakshman, “no, my brother, not so. I am devoted to you alone. I tell you with all my heart that where you go, there I too must go.”

Then Rama raised up his brother, embraced him and said:

“Go and say farewell to your mother, and then come with me to the forest and to exile.”

And Lakshman was full of joy.

Brothers and sisters protect each other.

In the Bhratridwitiya festival, sisters in Hindu families mark the foreheads of their brothers with sandalwood powder, give them sweetmeats and if they can, a gift of cloth. In this way they hope to ward off the coming of Yama, the Lord of Death. And they recite:

On my brother’s brow I have made the mark,
On Yama’s door the bolt has fallen.

It is not sandalwood but love that protects and blesses, the love of sister for brother and brother for sister.

Also read:
Gṛhasthadharma: The Dharma of a Householder

But we can widen the limits of the family and include in it the dear grandparents, the uncles and aunts and cousins.

We can widen it still further.

I mean the men and women who are not of the same blood as the family, but who help in the house by washing, cleaning, cooking and in many other ways. I mean the servants. They also form part of the family. In ancient Rome, when a patrician spoke of his family, he was not thinking only of his wife and children, but also of his slaves.

Let me tell you a scene from the play Hasan and Husain which is so much admired by the Muslims of Persia.

Noble Husain, who was killed on the battlefield of Karbala in Babylonia, was about to fight his last combat. All his comrades of war were slain. He stood alone like the last palm-tree standing in an oasis. The women of his family were mourning their dead and also Husain, who was surely about to die at the hands of the enemy.

One by one he bade farewell to all, to his wife Umm Lailah, to Zainab his sister, to his other sister Kulsum and his daughter Sukainah.

An old negress approached the great captain. “Master,” she said, “my heart grieves at the thought that I shall be separated from you. I am very old and I have nothing more to live for. I wish only one thing: forgive me, I beg you, for all the faults I have committed.

Husain, the warrior in his coat of mail, who in a few short hours would lie martyred on the plain of Karbala, looked gently at the old negress and said:

“Yes, you have served us a very long time. You have toiled at the household tasks for my mother. You have threshed the corn. How often you have rocked me in your arms! Your face is black, but you have a pure white heart. Today I shall leave you. I owe you many more thanks than I can count. I beg your forgiveness for any action which may have been thoughtless or unkind.”

But we have not yet found out how wide the family circle is.

Are there not other servants, both two-footed and four-footed, who add to the pleasure of the home? Are there not birds who entertain us with their chirping and singing? Are there not pets who play in our rooms and domestic animals who work for us on our farms? Should not animals, the tame helpers, be counted as members of the family?

The whole world knows that the people of India are friendly with the animals who live in the same land. But they are not the only ones who have kindly feelings towards our brothers the animals. In the North where the sea is frozen into thick ice and the ground is nearly always white with snow, lives a people known as the Eskimos.

In this land, a white or polar bear once saved the lives of three men. They had fallen into the sea and had caught hold of a bear as he swam, and he carried them to the shore. They were grateful and wanted to repay their debt.

“Thank you,” said the bear, “I don’t need anything for the moment. But if ever you are out hunting with other men and you catch me, would you please ask them to spare my life? You will recognise me by my bald head.”

So saying, he dived into the sea and swam away.

Next winter, the Eskimos of the same tribe saw a bear on the ice and set off in pursuit. Among the hunters were the three men whose lives had been saved by the bald-headed bear. They discovered that it was the same animal. They begged their companions to leave him alone. What is more, they prepared a good meal for him and spread it out in front of him on the ice. He ate heartily and lay down on the ice to sleep; no one harmed him and the children played around him without fear.

When he awoke he went down towards the sea, dived in and swam away. The Eskimos never saw him again, but they always remembered their friend the bear.

So in our idea of the family let us include father, mother, child, brother, sister, grandparents, servants, and the animals that help man.

Of course, the ways and customs of families are not the same in every country of the world. You will find it interesting to hear from travellers or read in books or learn from your teachers about the family customs of Japan, China, Persia, Egypt, Europe and America. And you will find many differences. But in all of them, love rules in their hearts and affection is the law. It may happen that the members of a family do not love one another, but then they are not a true family.

A man may act in an inhuman way, but then he is not a true man. 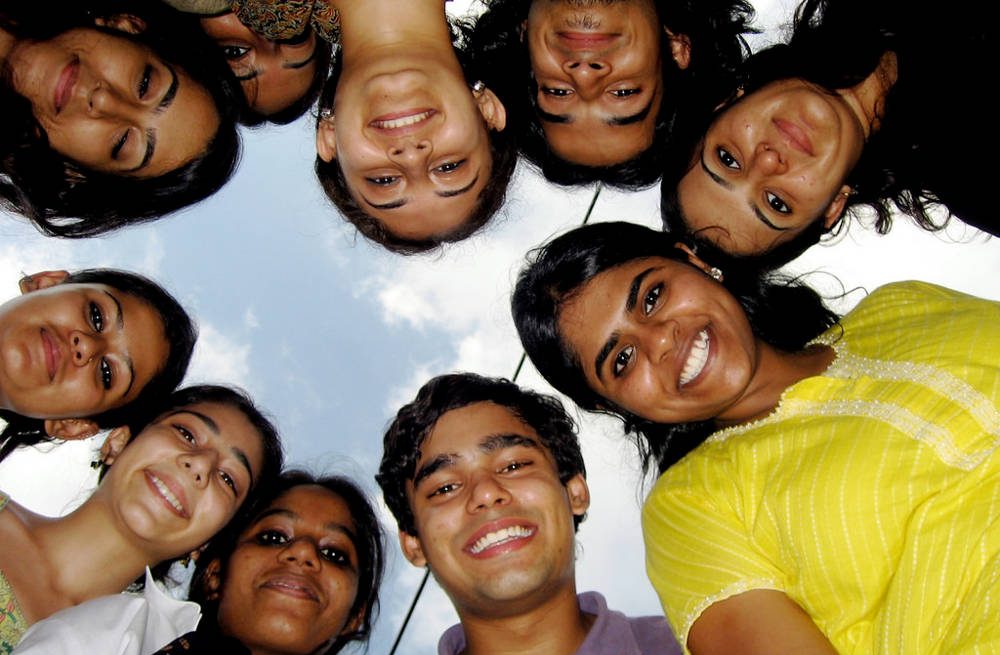