LOVE FOR MAN AND EARTH IN SRI AUROBINDO’S POETRY

Sri Aurobindo’s love of man and earth is a love of God in man and earth, or rather of God as man and earth. That he did not develop it but was born with it, will be amply illustrated and confirmed by his writings, prose and poetical, which we shall refer to in the course of our study of this subject. No greater lover of man has ever been born, – of the entire being of man, and not only of his soul; and no greater prophet of man’s divine destiny.

But Sri Aurobindo’s love did not stop short at mere prophecy. He laboured in an unrelaxed intensity of devotion to bring down upon earth the golden flood of the supramental Light, jyotiruttamam, the supreme Light, so that man, delivered from all ignorance and impotence, might rise to the apex of his being and, completely united with the Divine, manifest His glory and dispense His Grace in the material world.

His call upon man is not to annihilate but to fulfil himself, and fulfil himself in his body, in his life, in his mind, as much as in his soul; fulfil himself in the Divine and the Divine in himself, in Time and in Eternity. And this Love’s labour was not lost: he made the supreme supramental Light descend and, sloughing off his physical body, went down with it to the nether bases of human life to plant it there, even in those murky depths, in order that man’s journey to the Eternal might start from a foundation of growing light and Truth and not, as now, from darkness and falsehood.

Time has not yet come for a right appraise­ment of the work Sri Aurobindo has done and has still been doing in the inconscient and subconscient reaches of our being as well as in the superconscient supramental, for our consciousness hardly travels beyond the mental horizons, and the depths and heights of our being, its roots and crown are all sealed to our mortal sight.

It is only when we awake to our real Self, its luminous infinity and blissful eternity, and contemplate the giant curve of our evolution in the light of true knowledge, that we shall understand what Sri Aurobindo and the Mother have been labouring at for such long years of unflagging concentration. We shall understand then, much better than we do today, what Sri Aurobindo means when he sings:

I have been digging deep and long
Mid a horror of filth and mire
A bed for the golden river’s song,
A home for the deathless fire.
(CWSA, Vol. 2, p. 534)

Let us turn to his earlier writings first. ‘Urvasie’, published circa 1898, is vivid with the warmth and colour of youth and vibrant with the pulsation of a mighty, passionate love. It is a brilliant poem, richly romantic, which winds its way through many a thrill and pang to the rapturous union of the lovers, Pururavus and Urvasie. And yet even when “Love in his sweet heavens is satisfied” and

… In their immortal looks
Was a deep feeling too august for joy,
The sense that all eternity must follow
One perfect moment …
(CWSA, Vol. 2, p. 108)

come two quivering lines of exquisite pathos, which sigh out, in a suggestion of superb poetic effect, the deepest yearning of the poet’s heart:

But far below through silent mighty space
The green and strenuous earth abandoned rolled. (ibid., p. 109)

The lovers were united, and love was satisfied, but the great mission of Pururavas, the Aryan king’s life was not fulfilled. By deserting “a nation’s destinies” and leaving earth, “the green and strenuous earth”, pregnant with glorious possibilities, to roll “abandoned” for the sake of his personal passion for Urvasie, Pururavas merited the poignant words of the Mother of the Aryans:

Where mere sentimental romanticism would have gone gloating over the triumph of love, Sri Aurobindo, the lover of the earth, heaves a sigh, redolent of a regret, at the tragic defection of a heroic soul born to redeem and illumine earth.

This subtle implication of a regret, so poetically effective here, flames out into an impassioned advocacy of the cause of the earth in his later writings and a glowing gospel of the supramental transformation of the earth-consciousness and the earthly life, which is the pith and marrow of his Yoga and philosophy.

With a deeper and clearer insight than Shelley’s and a much wider vision than Whitman’s, he has seen in the heart of the earth what very few seers have ever seen – the Divine Himself shrouded in nescience. And what he saw enveloped he laboured all his life to educe and develop by the instrumentation of a Light and a Force, unknown to earth before but destined to turn her into a radiant field for the manifestation of the Divine.

In another poem, ‘The Rishi’, the same love of man and earth throbs in the Rishi’s exhortation to King Manu:

Seek Him upon the earth. For thee He set
In the huge press
Of many worlds to build a mighty state
For man’s success,
Who seeks his goal. Perfect thy human might,
Perfect the race.
For thou art He, O King. Only the night
Is on thy soul
By thy own will. Remove it and recover
The serene whole
Thou art indeed, then raise up man the lover
To God the goal.
(CWSA, Vol. 2, p. 237)

In yet another of his earlier poems, ‘In the Moonlight’, Sri Aurobindo’s poetic vision contemplates a glorious future for man and earth:

It comes at last, the day foreseen of old,
What John in Patmos saw, what Shelley dreamed,
Vision and vain imagination deemed,
The City of Delight, the Age of Gold.

The Iron Age is ended. Only now
The last fierce spasm of the dying past
Shall shake the nations, and when that has passed,
Earth washed of ills shall raise a fairer brow.

This is man’s progress; for the Iron Age
Prepares the Age of Gold. What we call sin,
Is but man’s leavings as from deep within
The Pilot guides him in his pilgrimage.

He leaves behind the ill with strife and pain,
Because it clings and constantly returns,
And in the fire of suffering fiercely burns
More sweetness to deserve, more strength to gain.

He rises to the good with Titan wings:
And this the reason of his high unease,
Because he came from the infinities
To build immortally with mortal things;

The body with increasing soul to fill,
Extend Heaven’s claim upon the toiling earth
And climb from death to a diviner birth
Grasped and supported by immortal Will.
(CWSA, Vol. 2, p. 244)

That all this apotheosis of man and earth is no imaginative and emotional idea­lism is amply attested by Sri Aurobindo’s later poems and voluminous philo­sophical writings, and particularly by the whole trend and achievement of his life and the aim and object of his Integral Yoga.

A searching study of his life leads inevitably to the conclusion that Sri Aurobindo was born with a mystical perception of the divine potentialities of man and earth and that he knew from his early years that it was his life’s work to evolve and develop the means by which those potentialities could be securely and perfectly realised. A prophet and priest of the Life Divine, he sang and wrote of only what he saw and knew by spiritual experience – man ascending into a divine supermanhood and the Divine descending and manifesting in man. 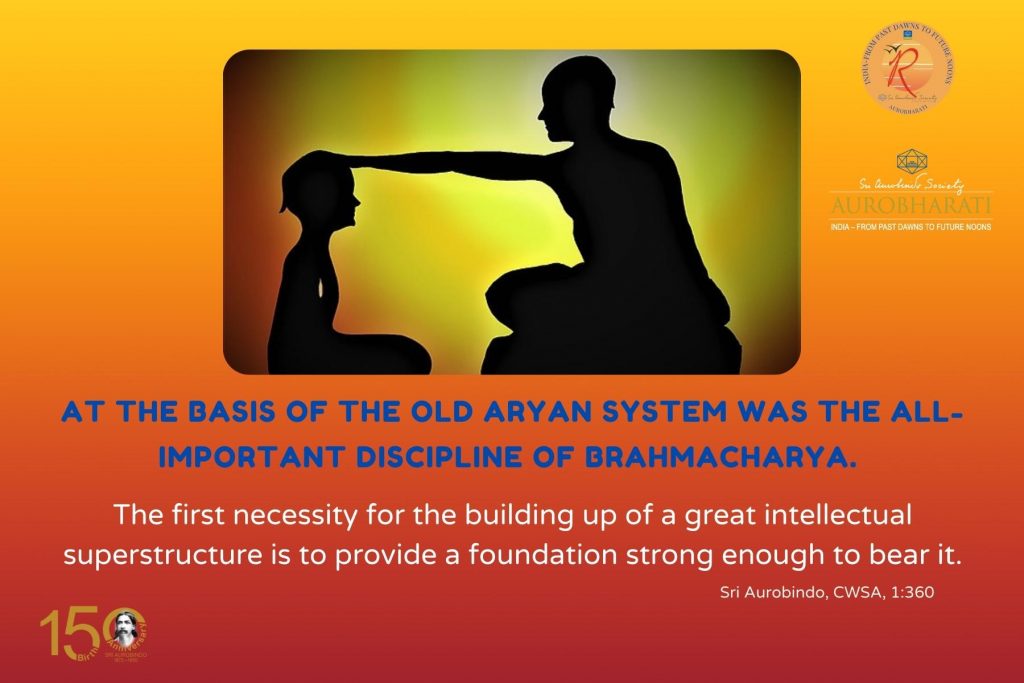