Three Boons – A Tale of Choice and Wisdom, Retold By Manoj Das

Home » Three Boons – A Tale of Choice and Wisdom, Retold By Manoj Das

Editor’s note: We pay our humble tribute to one of the master storytellers of our times, Shri Manoj Das, by featuring one of his delightful stories selected from his extremely popular book titled ‘Tales Told by the Mystics’. Manoj Das (1934–2021) was a much-celebrated author who wrote in Odia and English. He was awarded Padma Bhushan in 2020, the third highest Civilian Award in India for his contribution in the field of Literature & Education.

An internationally known creative writer and the recipient of India’s national recognition, the Sahitya Akademi Award and the nation’s most prestigious literacy award, the Saraswati Samman, his deeper quest had led him to mysticism. He was a member of Sri Aurobindo Ashram in Puducherry since 1963 where he taught English Literature and the Philosophy of Sri Aurobindo at the Sri Aurobindo International Centre of Education.

A merchant was leading his caravan through a forest. They stopped near a brook at noon. While his workers were busy cooking the lunch for the party, the merchant leisurely strolled ahead and sat down under a tree.

A gang of woodcutters, in search of useful timber, saw the tree and decided to cut it down.

“Will you please move away?” the gang-leader asked the merchant.

“Who are you to order me about? Do you know who you are talking to?” the merchant rebuffed them.

The woodcutters did not know who he was. But they feared that they had offended a very important man. “Pardon us for disturbing you, Sir. We will look for some other tree,” their leader said.

The happy merchant dozed off. He heard a very sweet voice, coming from the bushy top of the tree, telling him, “It was so conscientious of you to scare those fellows away. I have lived in this tree for a hundred years. I will leave it tonight, at an auspicious hour. I don’t mind if they cut it down tomorrow—which, of course they would do once having selected it. But had they hacked it now, I would have felt harassed.”

“Who are you, please?” the merchant, still in a state of mind sleep, asked the speaker.

“I am a being, a spirit. That is all. But I have some power and I wish to reward you. Soon a small fruit of this tree shall fall on your head. The period of time between the sunset and midnight is auspicious. Hold the fruit in your palms, put your forehead on it and ask for the reward. You have two options. You may ask for Vidya that will make you wiser than you are. That is to say, you would develop greater faith in Providence, which, in turn, would give you peace. Alternatively, you can choose Avidya which will fulfil any three wishes for tangible gains.”

The voice stopped and the merchant woke up. Lo and behold, a tiny fruit fell on his head, quite softly, and leaped onto his lap. He picked it up and was thrilled at the prospect of receiving a reward.

His manager came to inform him that the lunch was ready. He pocketed the fruit.

After eating and resting for a while, they resumed their journey. The merchant reached home soon after the sunset.

He let the first quarter of the night pass. When all the members of the family, after their dinner, retired for the night, he smiled mysteriously and showed the precious fruit to his wife and told her about the benefit it is likely to bring him.

“What do you propose to choose?” asked the lady.

“What nonsense do you speak!” said the lady. Are you not the most successful merchant in an area of one hundred villages? Could a fool have achieved such a position? You have enough wisdom with you. More of that stuff will be only a burden. Let’s go for something tangible,” advised the lady.

“All these years I have regretted the awkward shape of my nose as well as that of yours. I have overheard people referring to us by the peculiarity of our noses. Since we can ask for three boons, let us have, to begin with, beautiful noses!” suggested the lady.

The merchant held the fruit in his palms, brought his head down to touch it and muttered, “Let’s have beautiful noses!”

Alas, a hundred noses—all beautiful, sprouted all over their various limbs. Four noses each decorated their foreheads, two each on their cheeks, a dozen on their backs and so on and so forth.

“What are we going to do with so many beautiful noses? No doubt we can inhale plenty of clean air depriving others of it around us, but we would become wonderful exhibits for the public and that would be far more awkward than our old awkward noses!” observed the merchant in disgust.

“Why are you wasting time instead of praying for disappearance of these things?” said his impatient wife.

“Let our noses disappear!” the merchant told the fruit.

And all their noses, including the original ones, were gone!

“O our bad luck! Let’s immediately have our old good noses back!” cried out the lady.

The merchant conveyed his last prayer to the fruit accordingly. Of course, they had their old noses back with which they sighed—at once, sighs of relief as well as despair.

Of the several versions of this story, this one is closest to the one narrated by Swami Vivekananda. The significance is deep: Freedom of choice sans wisdom is totally meaningless. 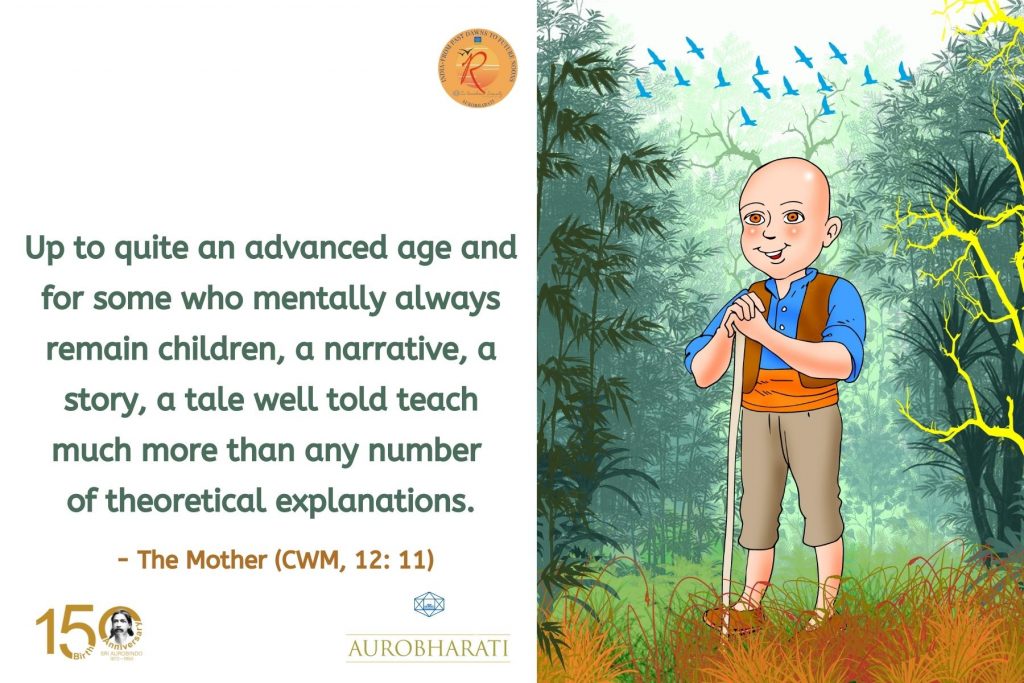 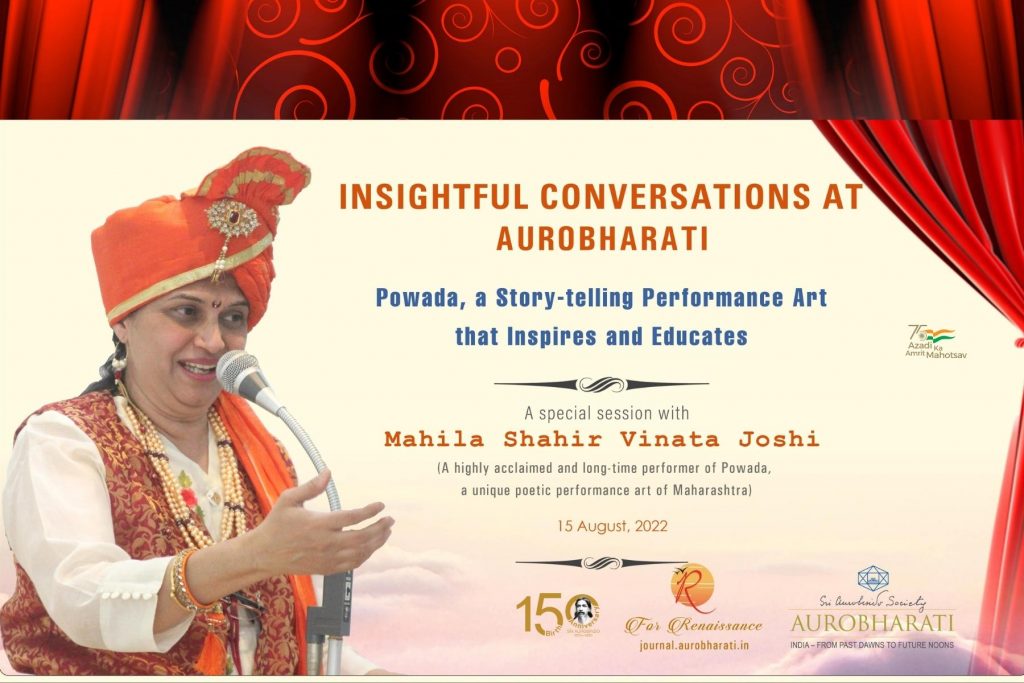 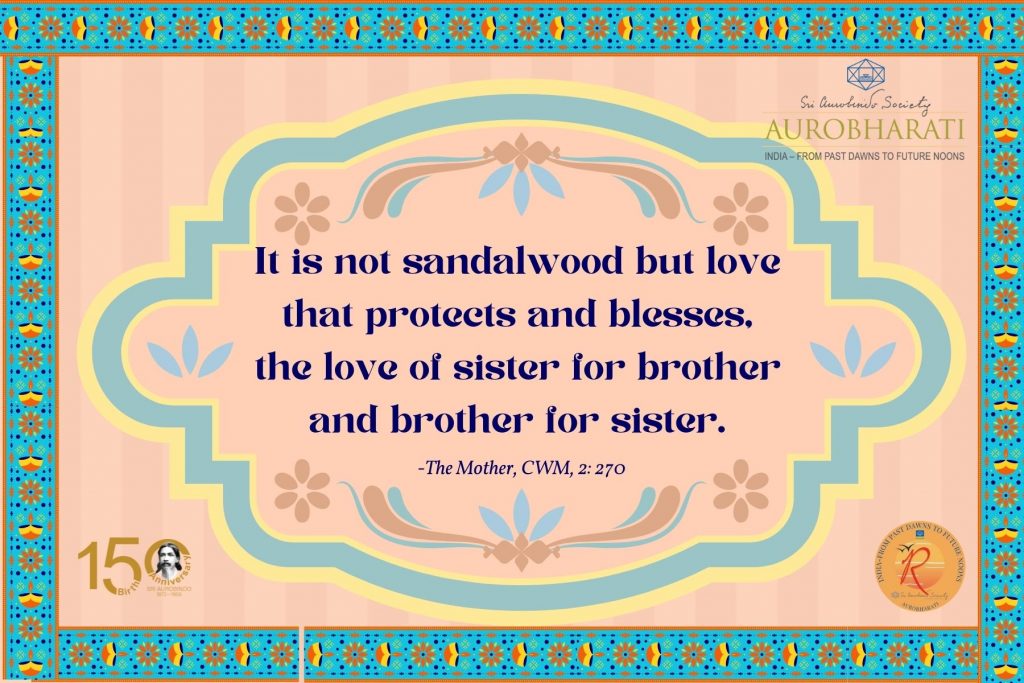