The Virtues – A Gratitude Story Told by the Mother

Home » The Virtues – A Gratitude Story Told by the Mother

Editor’s note: The Mother wrote this story in French, sometime between 1893 and 1912. An English translation was first published in 1946 in a volume titled ‘Words of Long Ago’.

Once upon a time there was a splendid palace, in the heart of which lay a secret sanctuary, whose threshold no being had ever crossed. Furthermore, even its outermost galleries were almost inaccessible to mortals, for the palace stood on a very high cloud, and very few, in any age, could find the way to it.

It was the palace of Truth.

One day a festival was held there, not for men but for very different beings, gods and goddesses great and small, who on earth are honoured by the name of Virtues.

The vestibule of the palace was a great hall, where the walls, the floor, the ceiling, luminous in themselves, were resplendent with a myriad glittering fires.

It was the Hall of Intelligence. Near to the ground, the light was very soft and had a beautiful deep sapphire hue, but it became gradually clearer towards the ceiling, from which girandoles of diamonds hung like chandeliers, their myriad facets shooting dazzling rays.

The Virtues came separately, but soon formed congenial groups, full of joy to find themselves for once at least together, for they are usually so widely scattered throughout the world and the worlds, so isolated amid so many alien beings.

Sincerity reigned over the festival. She was dressed in a transparent robe, like clear water, and held in her hand a cube of purest crystal, through which things can be seen as they really are, far different from what they usually seem, for there their image is reflected without distortion.

Near to her, like two faithful guardians, stood Humility, at once respectful and proud, and Courage, lofty-browed, clear-eyed, his lips firm and smiling, with a calm and resolute air.

Close beside Courage, her hand in his, stood a woman, completely veiled, of whom nothing could be seen but her searching eyes, shining through her veils. It was Prudence.

Among them all, coming and going from one to another and yet seeming always to remain near to each one, Charity, at once vigilant and calm, active and yet discrete, left behind her as she passed through the groups a trail of soft white light. The light that she spreads and softens comes to her, through a radiance so subtle that it is invisible to most eyes, from her closest friend, her inseparable companion, her twin sister, Justice.

And around Charity thronged a shining escort, Kindness, Patience, Gentleness, Solicitude, and many others.

All of them are there, or so at least they think.

But then suddenly, at the golden threshold, a newcomer appears.

With great reluctance the guards, set to watch the gates, have agreed to admit her. Never before had they seen her, and there was nothing in her appearance to impress them.

She was indeed very young and slight, and the white dress which she wore was very simple, almost poor. She takes a few steps forward with a shy, embarrassed air. Then, apparently ill at ease to find herself in such a large and brilliant company, she pauses, not knowing towards whom she should go.

After a brief exchange with her companions, Prudence steps forward at their request and goes towards the stranger. Then, after clearing her throat, as people do when they are embarrassed, to give herself a moment to reflect, she turns to her and says:

“We who are gathered here and who all know each other by our names and our merits are surprised at your coming, for you appear to be a stranger to us, or at least we do not seem to have ever seen you before. Would you be so kind as to tell us who you are?”

Then the newcomer replied with a sigh:

“Alas! I am not surprised that I appear to be a stranger in this palace, for I am so rarely invited anywhere.

“My name is Gratitude.”

Also read a poem SIMPLICITY, inspired by this story told by the Mother.

Read another story on Gratitude HERE. 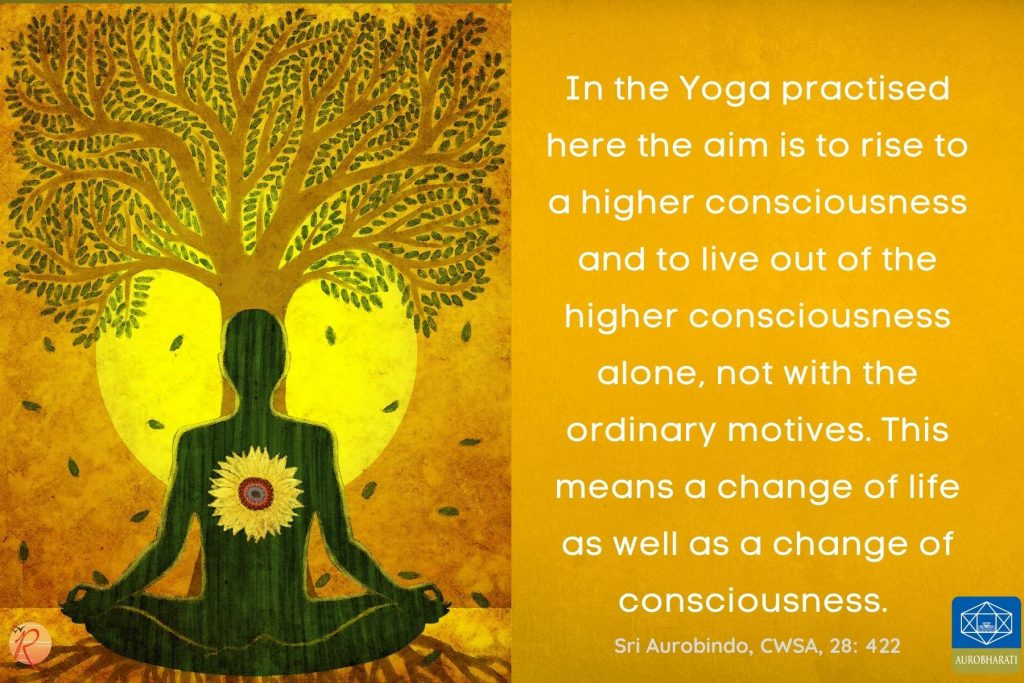 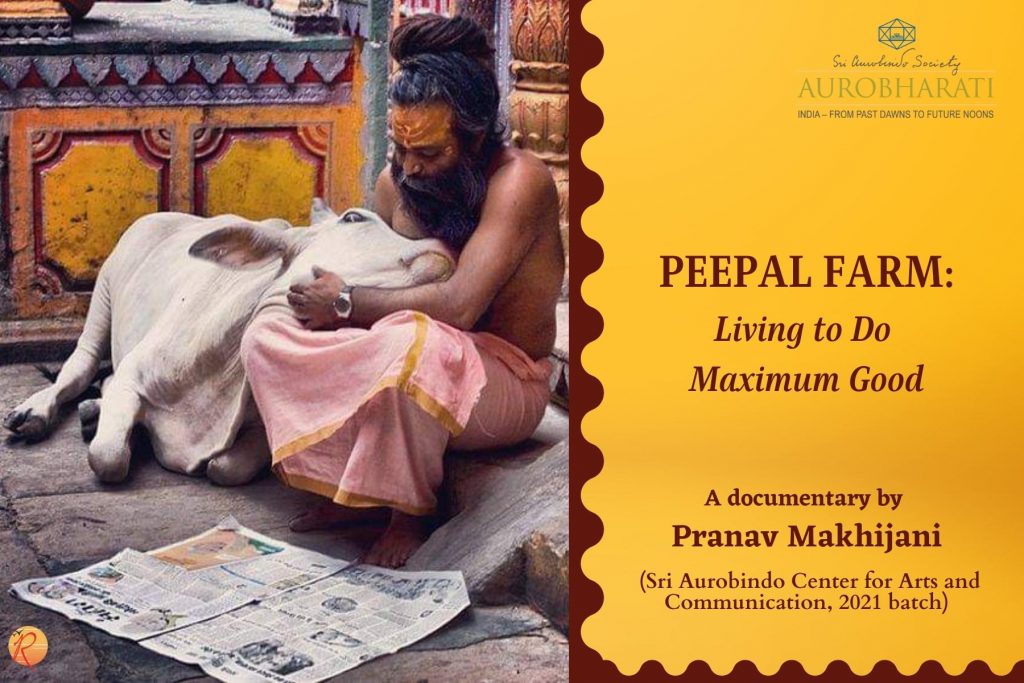 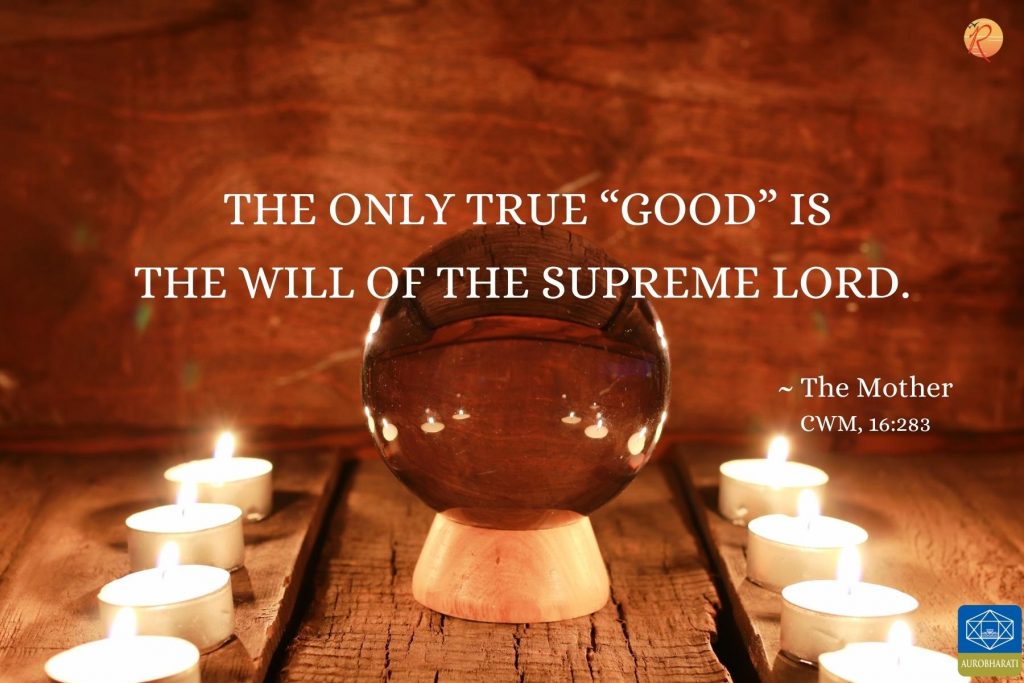