The Triple Agni in the Upanishads and the Triple Aspiration

Home » The Triple Agni in the Upanishads and the Triple Aspiration

Editor’s Note: The psychic fire of aspiration, the divine will-force in man, is symbolised by Agni in the Veda and Upanishads. In an essay titled Upanishadic Symbolism, Nolini Kanta Gupta presents a marvellous summary of the Triple Agni which is described in several Upanishads. The following excerpt is taken from the longer essay included in Volume 2 of his Collected Works.

This is followed by the Mother’s explanation of the triple aspiration.

Agni is the divine spark in man, the flaming consciousness in the mortal which purifies and uplifts (pāvaka) mortality into immortality. It is the god “seated in the secret heart, who is the possession of infinity and the foundation of existence,” as Yama says to Nachiketas (Kaṭhopaniṣad, I.1.14).

Indeed, it was to this godhead that Nachiketas turned and he wanted to know of it and find it, when faith seized on his pure heart and he aspired for the higher spiritual life. The very opening hymn of the Rig Veda, too, is addressed to Agni, who is invoked as the vicar seated in the front of the sacrifice, the giver of the supreme gifts.

King Yama initiated Nachiketas into the mystery of Fire Worship and spoke of three fires that have to be kindled if one aspires to enter the heaven of immortality.

The three fires are named elsewhere Garhapatya, Dakshina, and Ahavaniya (Chāndogyopaniṣad, IV. 11-12-13; V. 18.2). They are the three tongues of the one central Agni, that dwells secreted in the hearth of the soul. They manifest as aspirations that flame up from the three fundamental levels of our being, the body, the life and the mind. For although the spiritual consciousness is the natural element of the soul and is gained in and through the soul, yet, in order that man may take possession of it and dwell in it consciously, in order that the soul’s empire may be established, the external being too must respond to the soul’s impact and yearn for its truth in the Spirit.

The mind, the life and the body which are usually obstructions in the path, must discover the secret flame that is in them too—each has his own portion of the Soul’s Fire—and mount on its ardent tongue towards the heights of the Spirit.

Also read:
Agni, the Divine Will-Force, the Priest of the Sacrifice

Garhapatya is the Fire in the body-consciousness, the fire of Earth, as it is sometimes called; Dakshina is the Fire of the moon or mind, and Ahavaniya that of life (Chāndogyopaniṣad, IV. 11-12-13;  V. 18.2).

The earthly fire is also the fire of the sun; the sun is the source of all earth’s heat and symbolises at the same time the spiritual light manifested in the physical consciousness.

The lunar fire is also the fire of the stars, the stars, mythologically, being the consorts or powers of the moon and they symbolise, in Yogic experience, the intuitive thoughts. The fire of the life-force has its symbol in lightning, electric energy being its vehicle.

Agni in the physical consciousness is called gṛhapati, for the body is the house in which the soul is lodged and he is its keeper, guardian and lord. The fire in the mental consciousness is called dakṣiṇā; for it is that which gives discernment, the power to discriminate between the truth and the falsehood, it is that which by the pressure of its heat and light cleaves the wrong away from the right.

Digital Exhibit: Agni in the Veda

And the fire in the life-force is called āhavanīya; for prāṇa is not only the plane of hunger and desire, but also of power and dynamism, it is that which calls forth forces, brings them into play and it is that which is to be invoked for the progression of the Sacrifice, for an onward march on the spiritual path.

Of the three fires one is the upholder—he who gives the firm foundation, the stable house where the Sacrifice is performed and Truth realised; the second is the Knower, often called in the Veda jātavedā, who guides and directs; and the third the Doer, the effective Power, the driving Energy—vaiśvānara.

A mental aspiration means that the thought-power aspires to have knowledge, for instance, or else to have the power to express itself well or have clear ideas, a logical reasoning. One may aspire for many things; that all the faculties and capacities of the mind may be developed and placed at the service of the Divine. This is a mental aspiration.

Or you may have an aspiration in the vital; if you have desires or troubles, storms, inner difficulties, you may aspire for peace, to be quite impartial, without desire or preference, to be a good docile instrument without any personal whims, always at the Divine’s disposal. This is a vital aspiration.

See: Aspiration and the Psychic Being

You may have a physical aspiration also; that the body may feel the need to acquire a kind of equipoise in which all the parts of the being will be well balanced, and that you may have the power to hold off illness at a distance or overcome it fast when it enters trickily, and that the body may always function normally, harmoniously, in perfect health. That is a physical aspiration.

A spiritual aspiration means having an intense need to unite with the Divine, to give oneself totally to the Divine, not to live outside the divine Consciousness so that the Divine may be everything for you in your integral being, and you feel the need of a constant communion with Him, of the sense of his presence, of his guidance in all that you do, and of his harmonising all the movements of the being. That is a spiritual aspiration. 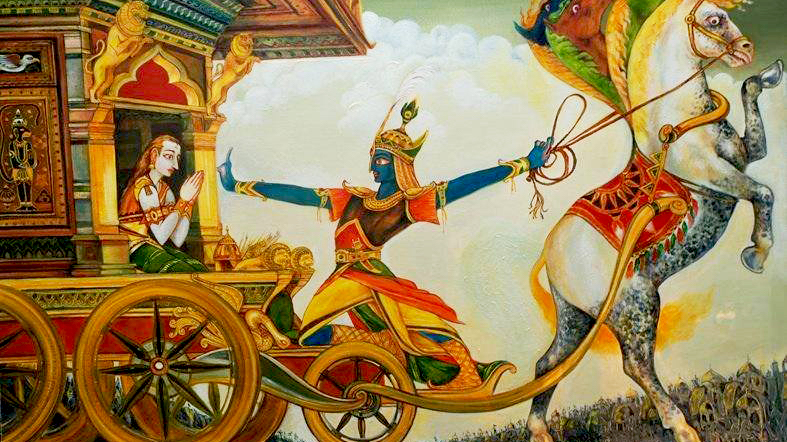 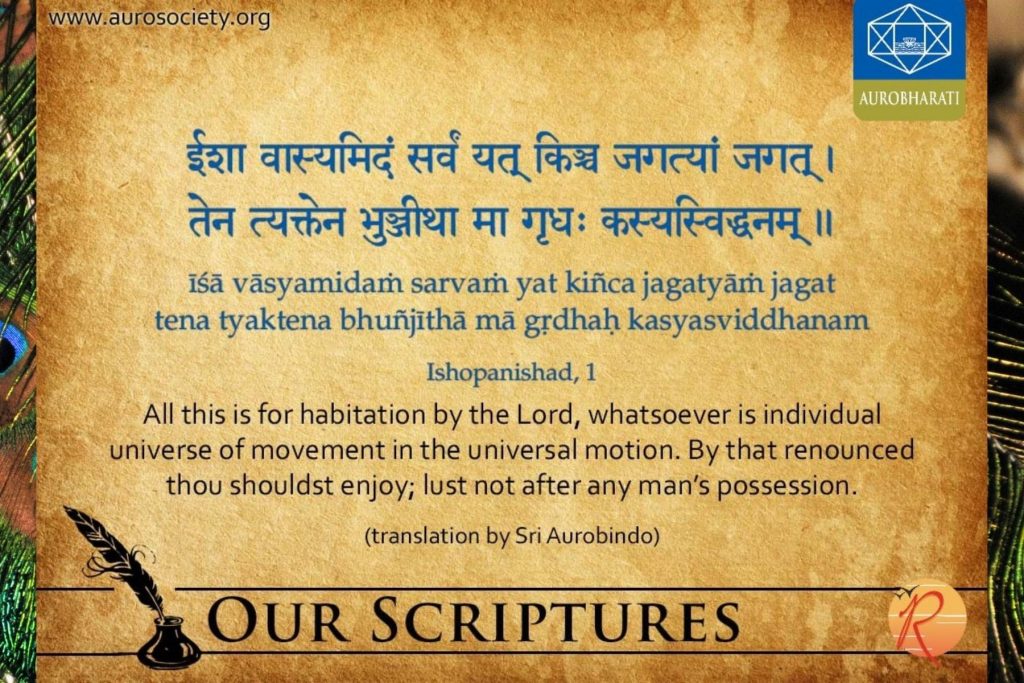 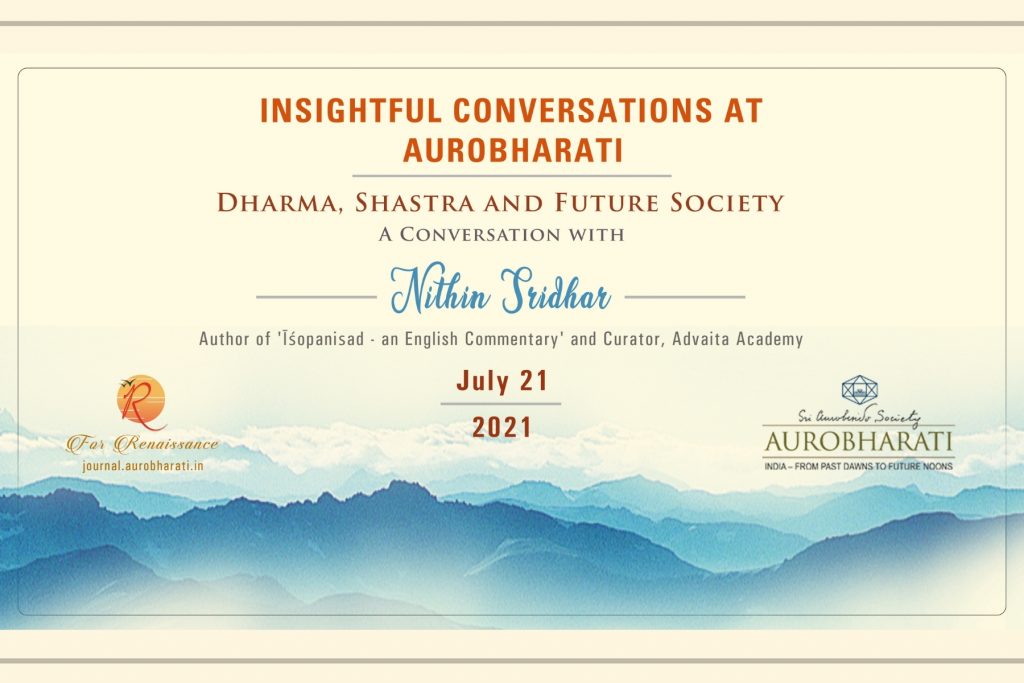