Sri Aurobindo on the Mahashakti and Her Powers

Home » Sri Aurobindo on the Mahashakti and Her Powers

The MAHASHAKTI AND HER PLANES OF CREATION

The Mahashakti, the universal Mother, works out whatever is transmitted by her transcendent consciousness from the Supreme and enters into the worlds that she has made; her presence fills and supports them with the divine spirit and the divine all-sustaining force and delight without which they could not exist.

That which we call Nature or Prakriti is only her most outward executive aspect; she marshals and arranges the harmony of her forces and processes, impels the operations of Nature and moves among them secret or manifest in all that can be seen or experienced or put into motion of life. Each of the worlds is nothing but one play of the Mahashakti of that system of worlds or universe, who is there as the cosmic Soul and Personality of the transcendent Mother. . .

But there are many planes of her creation, many steps of the Divine Shakti.

At the summit of this manifestation of which we are a part there are worlds of infinite existence, consciousness, force and bliss over which the Mother stands as the unveiled eternal Power. All beings there live and move in an ineffable completeness and unalterable oneness, because she carries them safe in her arms for ever.

Nearer to us are the worlds of a perfect supramental creation in which the other is the supramental Mahashakti, a Power of divine omniscient Will and omnipotent Knowledge always apparent in its unfailing works and spontaneously perfect in every process. There all movements are the steps of the Truth; there all beings are souls and powers and bodies of the divine Light; there all experiences are seas and floods and waves of an intense and absolute Ananda.

But here where we dwell are the worlds of the Ignorance, worlds of mind and life and body separated in consciousness from their source, of which this earth is a significant centre and its evolution a crucial process. This too with all its obscurity and struggle and imperfection is upheld by the Universal Mother; this too is impelled and guided to its secret aim by the Mahashakti.

THE MAHASHAKTI OF THE WORLD OF IGNORANCE

The Mother as the Mahashakti of this triple world of the Ignorance stands in an intermediate plane between the supramental Light, the Truth life, the Truth creation which has to be brought down here and this mounting and descending hierarchy of planes of consciousness that like a double ladder lapse into the nescience of Matter and climb back again through the flowering of life and soul and mind into the infinity of the Spirit.

Determining all that shall be in this universe and in the terrestrial evolution by what she sees and feels and pours from her, she stands there above the Gods and all her Powers and Personalities are put out in front of her for the action and she sends down emanations of them into these lower worlds to intervene, to govern, to battle and conquer, to lead and turn their cycles, to direct the total and the individual lines of their forces.

These Emanations are the many divine forms and personalities in which men have worshipped her under different names throughout the ages. But also she prepares and shapes through these Powers and their emanations the minds and bodies of her Vibhutis, even as she prepares and shapes minds and bodies for the Vibhutis of the Ishwara, that she may manifest in the physical world and in the disguise of the human consciousness some ray of her power and quality and presence.

All the scenes of the earthplay have been like a drama arranged and planned and staged by her with the cosmic Gods for her assistants and herself as a veiled actor.

The Mother not only governs all from above but she descends into this lesser triple universe. Impersonally, all things here, even the movements of the Ignorance, are herself in veiled power and her creations in diminished substance, her Nature-body and Nature-force, and they exist because, moved by the mysterious fiat of the Supreme to work out something that was there in the possibilities of the Infinite, she has consented to the great sacrifice and has put on like a mask the soul and forms of the Ignorance.

But personally too she has stooped to descend here into the Darkness that she may lead it to the Light, into the Falsehood and Error that she may convert it to the Truth, into this Death that she may turn it to godlike Life, into this world-pain and its obstinate sorrow and suffering that she may end it in the transforming ecstasy and of her sublime Ananda.

In her deep and great love for her children she has consented to put on herself the cloak of this obscurity, condescended to bear the attacks and torturing influences of the powers of the Darkness and the Falsehood, born to pass through the portals of the birth that is a death, taken upon herself the pangs and sorrows and sufferings of the creation, since it seemed that thus alone could it be lifted to the Light and Joy and Truth and eternal Life.

FOUR ASPECTS OF THE MOTHER THAT GUIDE THE UNIVERSE

Four great Aspects of the Mother, four of her leading Powers and Personalities have stood in front in her guidance of this Universe and in her dealings with the terrestrial play. “One is her personality of calm wideness and comprehending wisdom and tranquil benignity and inexhaustible compassion and sovereign and surpassing majesty and all-ruling greatness.

Another embodies her power of splendid strength arid irresistible passion, her warrior mood, her overwhelming will, her impetuous swiftness and world-shaking force.

A third is vivid and sweet and wonderful with her deep secret of beauty and harmony and fine rhythm, her intricate and subtle opulence, her compelling attraction and captivating grace.

The fourth is equipped with her close and profound capacity of intimate knowledge and careful flawless work and quiet and exact perfection in all things.

Wisdom, Strength, Harmony, Perfection are their several attributes and it is these powers that they bring with them into the world, manifest in a human disguise in their Vibhutis and shall found in the divine degree of their ascension in those who can open their earthly nature to the direct and living influence of the Mother. To the four we give the four great names, Maheshwari, Mahakali, Mahalakshmi, Mahasaraswati.

BHAWANI IS THE INFINITE ENERGY

In the present age, the Mother is manifested as the mother of Strength. She is pure Shakti.

THE WHOLE WORLD IS GROWING FULL OF THE MOTHER AS SHAKTI.

Let us raise our eyes and cast them upon the world around us. Wherever we turn our gaze, huge masses of strength rise before our vision, tremendous, swift and inexorable forces, gigantic figures of energy, terrible sweeping columns of force. All is growing large and strong. The Shakti of war, the Shakti of wealth, the Shakti of Science are tenfold more mighty and colossal, a hundredfold more fierce, rapid and busy in their activity, a thousandfold more prolific in resources, weapons and instruments than ever before in recorded history.

Everywhere the Mother is at work; from Her mighty and shaping hands enormous forms of Rakshasas, Asuras, Devas are leaping forth into the arena of the world. We have seen the slow but mighty rise of great empires in the West, we have seen the swift, irresistible and impetuous bounding into life of Japan. Some are Mleccha Shaktis clouded in their strength, black or blood-crimson with tamas or rajas, others are Arya Shaktis, bathed in a pure flame of renunciation and utter self-sacrifice: but all are the Mother in Her new phase, remoulding, creating. She is pouring Her spirit into the old; She is whirling into life the new.

WE IN INDIA FAIL IN ALL THINGS FOR WANT OF SHAKTI.

But in India the breath moves slowly, the afflatus is long in coming. India, the ancient mother, is indeed striving to be reborn, striving with agony and tears, but she strives in vain.

What ails her, she, who is after all so vast and might be so strong? There is surely some enormous defect, something vital is wanting in us; nor is it difficult to lay our finger on the spot. We have all things else, but we are empty of strength, void of energy. We have abandoned Shakti and are therefore abandoned by Shakti. The Mother is not in our hearts, in our brains, in our arms.

The wish to be reborn we have in abundance, there is no deficiency there. How many attempts have been made, how many movements have been begun, in religion, in society, in politics! But the same fate has overtaken or is preparing to overtake them all. They flourish for a moment, then the impulse wanes, the fire dies out, and if they endure, it is only as empty shells, forms from which the Brahma has gone or in which it lies overpowered with tamas and inert. Our beginnings are mighty, but they have neither sequel nor fruit. . .

The deeper we look, the more we shall be convinced that the one thing wanting, which we must strive to acquire before all others, is strength—strength physical, strength mental, strength moral, but above all strength spiritual which is the one inexhaustible and imperishable source of all the others. If we have strength, everything else will be added to us easily and naturally. In the absence of strength we are like men in a dream who have hands but cannot seize or strike, who have feet but cannot run.

INDIA, GROWN OLD AND DECREPIT IN WILL, HAS TO BE REBORN.

Whenever we strive to do anything, after the first rush of enthusiasm is spent, a paralysing helplessness seizes upon us.

We often see in the cases of old men full of years and experience that the very excess of knowledge seems to have frozen their powers of action and their powers of will. When a great feeling or a great need overtakes them and it is necessary to carry out its promptings in action, they hesitate, ponder, discuss, make tentative efforts and abandon them or wait for the safest and easiest way to suggest itself, instead of taking the most direct; thus the time when it was possible and necessary to act passes away.

Our race has grown just such an old man with stores of knowledge, with ability to feel and desire, but paralysed by simple sluggishness, senile timidity, senile feebleness.

If India is to survive, she must be made young again. Rushing and billowing streams of energy must be poured into her; her soul must become, as it was in the old times, like the surges, vast, puissant, calm or turbulent at will, an ocean of action or of force.

INDIA CAN BE REBORN. 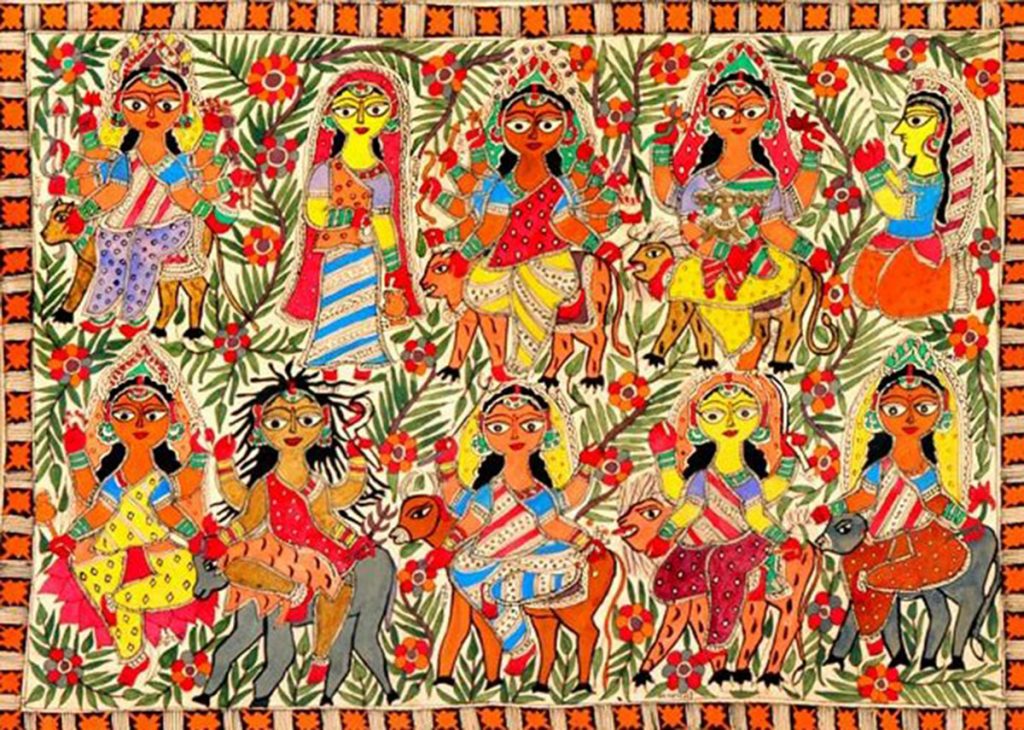 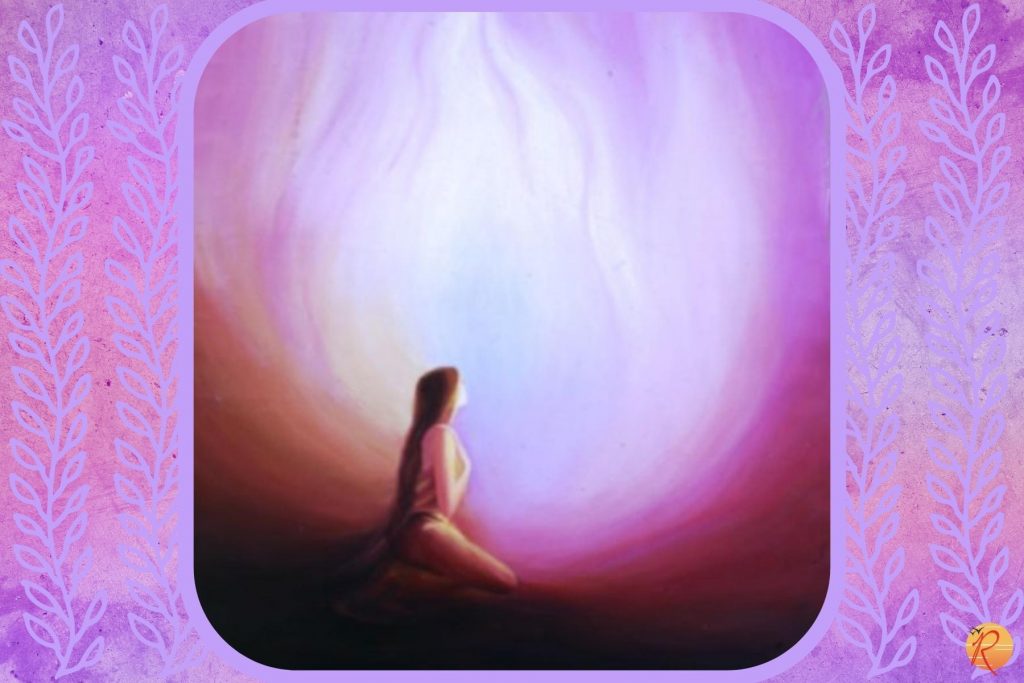 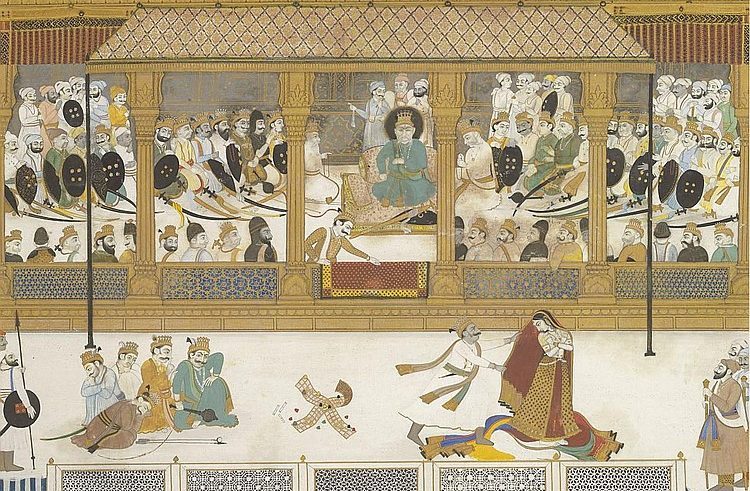