The Greatness of the Great: A Sesquicentennial Salutation to Sri Aurobindo

Home » The Greatness of the Great: A Sesquicentennial Salutation to Sri Aurobindo

Editor’s note: This essay is excerpted from Collected Works of Nolini Kanta Gupta, Vol. 5, pp. 3-8. We have changed the original subtitle of the title of the article ‘A Century’s Salutation to Sri Aurobindo’ to reflect the 150th birth anniversary of Sri Aurobindo. We have also made a few formatting revisions for the purpose of this digital presentation.

I: Greatness of the Impersonal

He has little concern about himself. His thoughts, feelings and acts are in relation to a wider frame of reference. The wider the frame, the higher the status of the being; there is an ascending scale in the structure of human life and society.

There are gradations that mount from narrower ranges, moving towards vaster and vaster ranges, taking the person into greater and purer degrees of impersonality. We start, for example, from the lowest and narrowest range, namely, the family, and extend ourselves more and more to the next range, the nation, then to mankind and then still farther to transcendent ranges.

Sri Aurobindo from his very birth was such an impersonal personality – and, in the very highest sense.

He had never the consciousness of a particular individual person. All reference to a personal frame of his was deleted from the texture of his nature and character. There was some reference to the family frame in a very moderate way, almost casually: the stress was much more on the next higher frame, the national.

In its time the national frame was very strong and played a great part. And yet even there it was not an end in itself, the frame of humanity always loomed large behind. In fact it was that that gave a greater and truer value and significance to the national frame. The national is but a ladder to humanity, it is a unit in the human collectivity. It serves as a channel for international and global welfare, but there is yet a still larger frame, the frame of the spirit, the transcendent consciousness.

Indeed it was this that lay at the bottom of Sri Aurobindo’s consciousness as the bedrock of his being which gave the whole tone and temper of his life, its meaning and purpose. Even when not overt and patent this noumenal personality was always there insistent from behind. It gave a peculiar rhythm and stress, newness and freshness and a profound element of purposefulness to the whole life, even to the activities of the earlier and narrower frames. For it was like viewing everything through the eyes of infinity and eternity, the eye wide extended in heaven as the Vedic Rishi says, the third eye.

In other words, the yogi, the Divine, the Impersonal man in Sri Aurobindo was the real person always there from the very birth.

Thus we see him starting life exactly with the thing where every one ends. In his inner being he had not to pass through the gradations that lead an ordinary person gradually towards the widening ranges of consciousness and existence. In all the stations of his life, in every sphere and status Sri Aurobindo was doing his duties, that is, his work – kartavyam karma – selflessly, which means with no sense of self, or perhaps we should say, with supreme Selfhoodness; for such is the character, the very nature of the born yogi. . .

The duties done for and within a frame of life tend always to overflow, as it were, the boundaries and do not always strictly follow the norm of the limited frame. For example, even while in the family life, in the midst of relatives and close friends he was never moved by mere attachment or worldly ties, he was impelled to do what he had to in the circumstances, unattached, free, under another command.

Again, when he chose the larger field of national life, here too, he was not limited to that frame, his patriotism was not chauvinism or a return to the parochialism of the past.

His patriotism was broad-based upon the sense of human solidarity and even the broad-based humanity was not broad enough for the consciousness in him; for humanity does not mean mere humanitarianism, charity, benevolence, or service to mankind. True humanity can be or is to be reached by pushing it still farther into the Divinity where men are not merely brothers or even portions of the Divine but one with Him, the self-same being and personality.

Thus, Sri Aurobindo was an ideal worker, the perfect workman doing the work appropriate to the field of work according to its norm, faultless in execution. As a family man, as a citizen, as a patriot, he carried out his appointed function not in any personal sense with the feeling or consciousness of any individual personality but a large impersonal personality free from ego-sense which is the hallmark of a luminous cosmic consciousness, based upon a still higher and transcendent standing.

Sri Aurobindo was a man of action absolutely in the Gita’s sense of the word.

He set an example, he was an exemplar showing by his life his way of “standing and walking” as the Gita puts it – the actions that should be done and the way of doing according to the stage and the field given to oneself. This does not naturally mean that one has to be bound to the current frame, bound to the conventional, attached to what is customary, transitional and formal.

On the contrary as I have said, Sri Aurobindo in his stride was always transgressing and overflowing the borders, he was a revolutionary, even an iconoclast, for nothing short of the supreme and complete and integral truth satisfied the urge of consciousness in him. In this sense each step of the scale served as a jumping board to the higher, indeed to the highest inherent or hidden in every one of them.

It was this secret ultimate truth that overshadowed, brooded over all these stages and steps and occupations he passed through.

They only led up to that transcendent reality, but it was the sense, constant sense of that reality that lent a special character to all his karma. This urge towards the supreme reality, this transcendence, did not mean for him a rejection of the domains passed through. It is a subsuming, that is to say, uplifting the narrower, the lower status, integrating them into the higher: even as the soil at the root of the plant is subsumed and transmuted into the living sap that mounts high up the plant towards its very top, to the light and energy above.

In the scheme and pattern of human existence in the hierarchy that is collective life, Sri Aurobindo sought to express the play of the supreme Truth, express materially that which works always in secret and behind the veil.

The Supreme Reality is not merely the supreme awareness and consciousness, but it is a power and a force. And it holds still a secret source that has not yet been touched, – touched consciously by the human consciousness and utilised for world existence.

Man’s genius has contacted today in the material world material forces which are almost immaterial – the extra-galactic radiation, the laser beams and other energies of that category which are powerful in an unbelievable unheard-of degree. Even so in the consciousness, there is a mode of force which is not only a force that knows but creates, not only creates but transforms. That force at its intrinsic optimum can enter into dull matter and transforming it, transform into radiant matter, radiant not only with the physical, the solar light but the light of the supreme Spirit.

This is the force which Sri Aurobindo has disclosed and put at the disposal of mankind. This is the force he has set free that is creating a new world, – reorganising and remoulding, through a great travail indeed, our ancient sphere that will cradle the earth of the golden age.

II: Re-personalisation or Divinisation of the Person

The basic ego-sense lies in the individual. But it has its formations in the collectivity also at all the different degrees and levels of consciousness. We have spoken of the mounting frames of reference, and accordingly there is a family ego, a national ego and even there is a humanity ego. The collective ego is as strong as the individual ego.

It is only in the transcendent consciousness, the consciousness of the Divine who is the one true Person, that the inferior egos are eliminated or sublimated and can find their true person.

Thus the true process of impersonalisation is re-personalisation; in other words, to be conscious of, to grow into and become the true reality of the being behind the ego formation. It means divinisation of the person. The individual divinises himself into the individual Divine and then around him, first of all, in his inner consciousness, the frame or field changes also into a divine structure.

Thus even the family for such a consciousness changes not only its connotation but even its denotation. We may in this connection remember Christ’s words with regard to his true family.

The nation too assumes its Divine reality, a transcendent personality appears as an expression of the Divine afflatus, each one a particular mode of fulfilling the cosmic purpose. Humanity too undergoes a sea-change and its personality attains a glorious stature in the sahasra-shirsha Purusha as hymned by the Vedic Rishi.

This transcendent formation the future is holding ready-made in the womb of the World-Purusha, or rather World-Prakriti. And the day is approaching when this new creation will manifest itself upon earth.

The true truth of things is always there up somewhere in the Supreme – in the Parabrahman – from time sempiternal. The question is when and how to bring it down. He who does that is the Avatara, he who comes down and embodies it.

To recapitulate: Impersonalisation involves or culminates in divinisation which means the descent of the Divine, the supreme Person, from above or His emergence from within (both mean the same thing), with the result that all other inferior or external formulations are subsumed, integrated into the supreme Reality forming one single body and personality.

Such is the content of Sri Aurobindo’s consciousness, such is the work that is being pursued under the stress of that consciousness towards the realisation of a new, a divine world.

In conclusion, here is, in his own words, what he stood for and worked for, what he promises for the future of earth and mankind:

All then shall change, a magic order come
Overtopping this mechanical universe.
A mightier race shall inhabit the mortal’s world.
On Nature’s luminous tops, on the Spirit’s ground,
The superman shall reign as king of life,
Make earth almost the mate and peer of heaven
And lead towards God and truth man’s ignorant heart
And lift towards godhead his mortality.
[. . .]
Nature shall live to manifest secret God,
The Spirit shall take up the human play,
This earthly life become the life divine.

Also read:
The Series of Avatars and Avatar of the Future by Amal Kiran 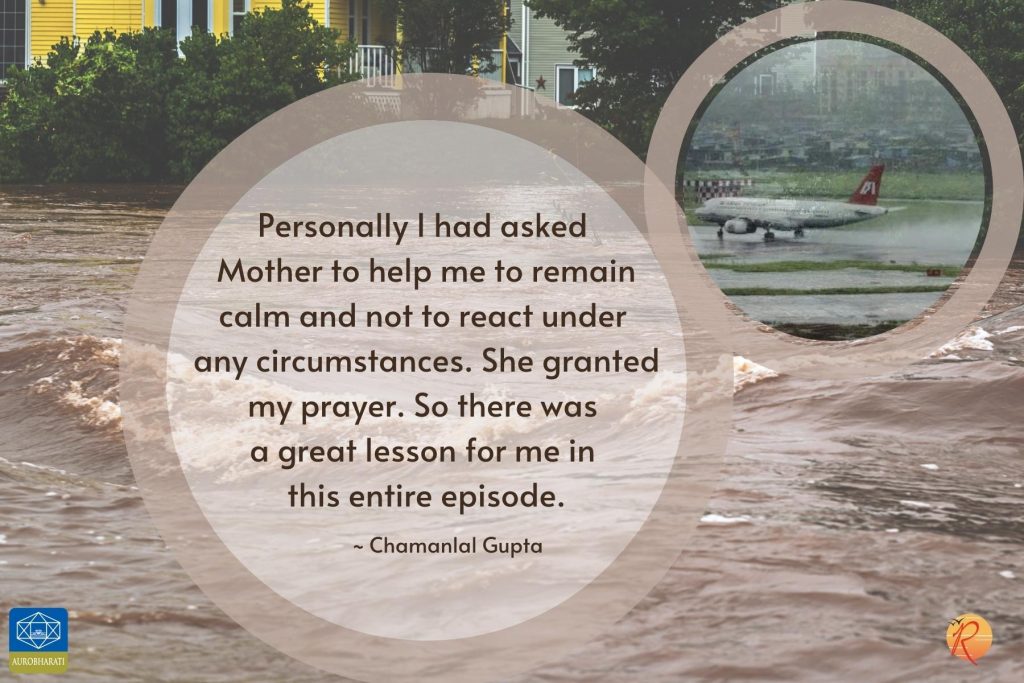 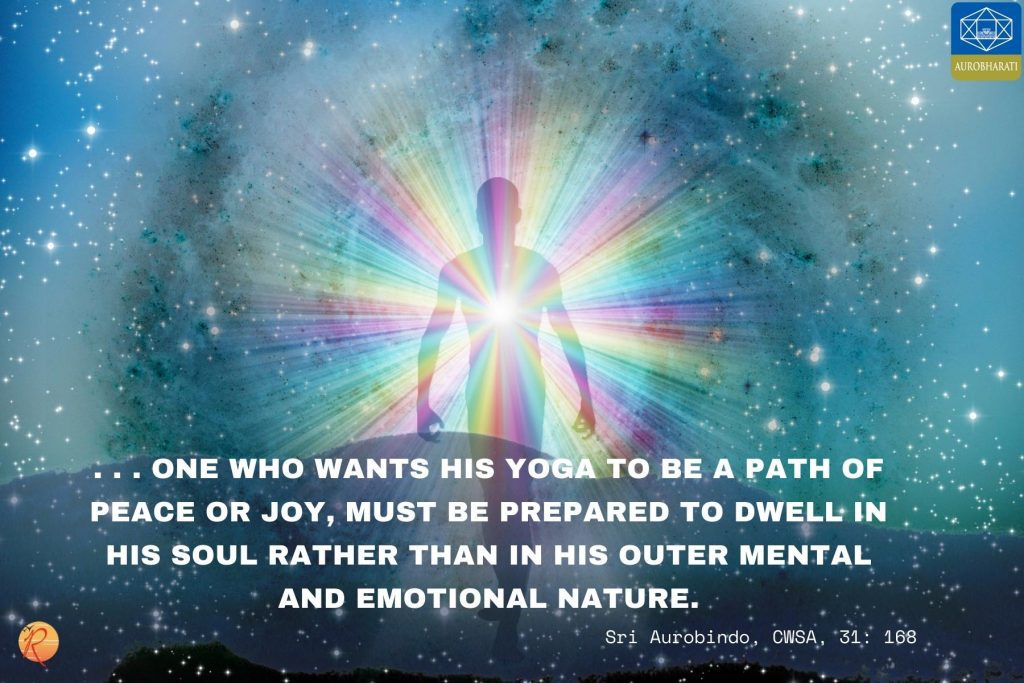 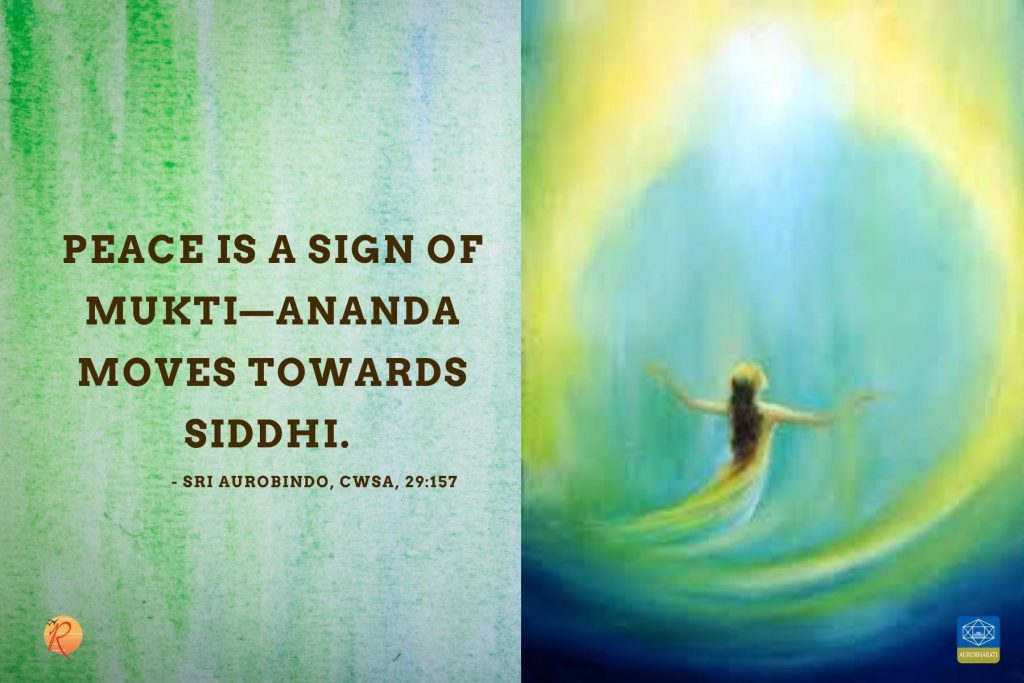