The Force that Made Poets: Selected Letters of Sri Aurobindo

Home » The Force that Made Poets: Selected Letters of Sri Aurobindo

Sri Aurobindo is also spoken of as a poet-maker. What does it mean?

We feature here selected correspondence between a few sadhaks and Sri Aurobindo regarding how his Force guided sadhaks in their poetic work. Some also discovered their latent poetic talents and poured out beautiful poetry, all because of the Yoga-shakti of the Master who also took great pains in correcting their poems.

For easier readability, we have added a few headings to organise the selections.

Creative activity is a tonic to the vital and keeps it in good condition, and a strong and widening vital is helpful as a support to the practice of sadhana.

There is no real incompatibility between the creative power and silence; for the real silence is something inward and it does not or at least need not cease when a strong activity or expression rises to the surface.

Opening of the Channel and Receptivity

Disciple: When the current of inspiration comes to a stop, I think sometimes that perhaps you have forgotten me in your busy moments.

Sri Aurobindo: It does not depend on that at all. It depends on a certain state of receptivity—an opening of the channel between the inner plane where the inspiration comes and the outer through which it has to pass.

Disciple: As regards the “opening of the channel”, can it be done sooner by more concentration, meditation, etc., disregarding the literary side for the time being?

Sri Aurobindo: One can get the power of receptivity to inspiration by concentration and meditation making the inner being stronger and the outer less gross, tamasic and insistent.

Be Quiet and Receive from Above

Disciple: My mind does not know precisely how to silence itself. The same is true of Dilip. How then does he manage to receive from Above?

Sri Aurobindo: The difference is that as his mind has opened to the Above, the Above can turn its activity into an activity of the Inspiration—its quickness, energy, activity enable it to transcribe quickly, actively, energetically what comes into it from the Above. Of course if one day it becomes silent also, it may probably become the channel of a still higher Inspiration.

Disciple: Is silencing the mind to be done only at the time of writing or at other times too?

Sri Aurobindo: Silencing the mind at the time of writing should be sufficient—even not silencing it, but its falling quiet to receive.

And then there is Grace!

Sri Aurobindo: There is no incompatibility between aspiring and letting the thing come through. The aspiration gives the necessary intensity so that what comes has a better chance of being a true transcription.

Disciple: Dilip had to work in spite of your Grace. My aspiration for your Grace in this mental occupation is as great as for spiritual progress.

Sri Aurobindo: Aspire for the opening to the right plane of inspiration. You forget that Dilip got his opening by grace and never lost it—all his work only helps him to utilise and develop what is already there.

Draw Back and Let the Inspiration Flow

Disciple: If I don’t surrender more or less passively, all is spoilt, I can not produce anything real. Yet the mind struggles and I feel depressed and heavy in the head.

Sri Aurobindo: Why should the mind struggle? In all these things the mind has to remain passive and only a witness consciousness behind watching what is passing. It can be seen afterwards if anything has to be altered, but the mind interfering can only hamper the inspiration or pervert it.

Disciple: I seem to force and hurry myself rather than surrender to the Force above. The result is annoyance, mental labour, headaches and nervous irritation. Also, the desire to write this and that, this way or that way.

Sri Aurobindo: The remedy is to draw back and let the inspiration flow, keeping the attitude of the instrument and witness not involved in the work.

Instant Result Possible? Is There a Time Limit for the Force’s Functioning?

Disciple: I tried to write a poem, but failed in spite of prayer and call. Then I wrote to you to send me some Force. Before the letter had reached you, lo, the miracle was done! Can you explain the process? Was it simply the writing that helped establish the contact with the Grace?

Sri Aurobindo: The call for the Force is very often sufficient, not absolutely necessary that it should reach my physical mind first. Many get as soon as they write—or, (if they are outside), when the letter reaches the atmosphere.

Yes, it is the success in establishing the contact that is important. It is a sort of hitching on or getting hold of the invisible button or whatever you like to call it.

Disciple: When you send the Force, is there a time limit for its functioning or does it work itself out in the long run or get washed off after a while, finding the ādhāra unreceptive?

Sri Aurobindo: There is no time limit. I have known cases in which I put a Force for getting a thing done and it seemed to fail damnably at the moment; but after two years everything carried itself out in exact detail and order just as I had arranged it, although I was thinking no more at all of the matter.

You ought to know but I suppose you don’t that “Psychic” Research in Europe has proved that all so-called “psychic” communications can sink into the consciousness without being noticed and turn up long afterwards. It is like that with the communication of Force also.

Does the Force Work Better for English or Bengali Poetry?

Disciple: I can understand your yogic success in Dilip’s Bengali poetry, because the field was ready, but the opening of his channel in English has staggered me. I can’t understand whether it is your success or his.

Sri Aurobindo: What do you mean by Yoga? There is a Force here in the atmosphere which will give itself to anyone open to it. Naturally it will work best when the native tongue is used—but it can do big things through English if the channel used is a poetic one and if that channel offers itself.

Two things are necessary—no personal resistance and some willingness to take trouble about understanding the elementary technique at least so that the transcription may not meet with too many obstacles.

Nishikanta has a fine channel and with a very poetic turn in it—he offers no resistance to the flow of the force, no interference of his mental ego, only the convenience of his mental individuality. Whether he takes the trouble for the technique is another matter.

Disciple: I had written to you that Nishikanta bows in front of your photograph before he sits down to write, and that I am ready to bow a hundred times, if that is the trick. You answered that it depends on how one bows. Methinks it does not depend on that. Even if it did I don’t think Nishikanta knows it. Or was it in his past life that he knew it?

Sri Aurobindo: Well, there is a certain faculty of effacing oneself and letting the Universal Force run through you—that is the way of bowing. It can be acquired by various means, but also one may have the capacity for doing it in certain directions by nature.

Don’t miss:
Sri Aurobindo’s and the Mother’s Force for Healing

Disciple: We feel that your Force gives us the necessary inspiration for poetry, but I often wonder if you send it in a continuous current.

Sri Aurobindo: Of course not. Why should I? It is not necessary. I put my Force from time to time and let it work out what has to be worked out. It is true that with some I have to put it often to prevent too long stretches of unproductivity, but even there I don’t put a continuous current. I have not time for such things.

Disciple: If it were so, we would not write 15 to 20 lines at a stretch and then go on for days together producing only 3 or 4 lines.

Sri Aurobindo: That depends on the mental instruments. Some people write freely—others do so only when in a special condition.

Disciple: Had your special Force been constantly acting, why should we have this difficulty? We should be able to feel the inspiration as soon as we sit down with pen and paper, shouldn’t we?

Sri Aurobindo: No. At least I myself don’t have continuous inspiration at command like that in poetry.

Disciple: I don’t think a latent faculty brought out by Yogic Force would achieve such a height of perfection as a faculty which manifests in the natural way.

Sri Aurobindo: Of course, not so long as it is latent or not fully emerged. But once it is manifested and settled, there is no reason why it should not achieve an equal perfection.

All depends on the quality of the inspiration that comes and the response of the instrument.

Entering into Sri Aurobindo’s Light through His Poetry

The inspiration comes from above,—through your inner being who, very evidently, is not only a Yogin and a bhakta but a poet of Yoga and bhakti. The Yoga-force which woke up the power in you came from me.

It was when you were translating my poems that you got into touch and the power woke in you because you came inwardly into my Light.

Since then I have been acting on you to develop this poetic power, and as there is a large opening there it has been an easy matter. As for the Power itself that works, that gives you words and rhythms, you ought to know or at least your inner being knows very well that all divine powers are the powers of the Mother. But the way in which these things work is the occult and not the physical (not the crudely mediumistic) way, and it works in each according to his nature and the material and capacities, actual or latent, it finds there.

Read some poetry featured on
Renaissance by clicking
HERE. 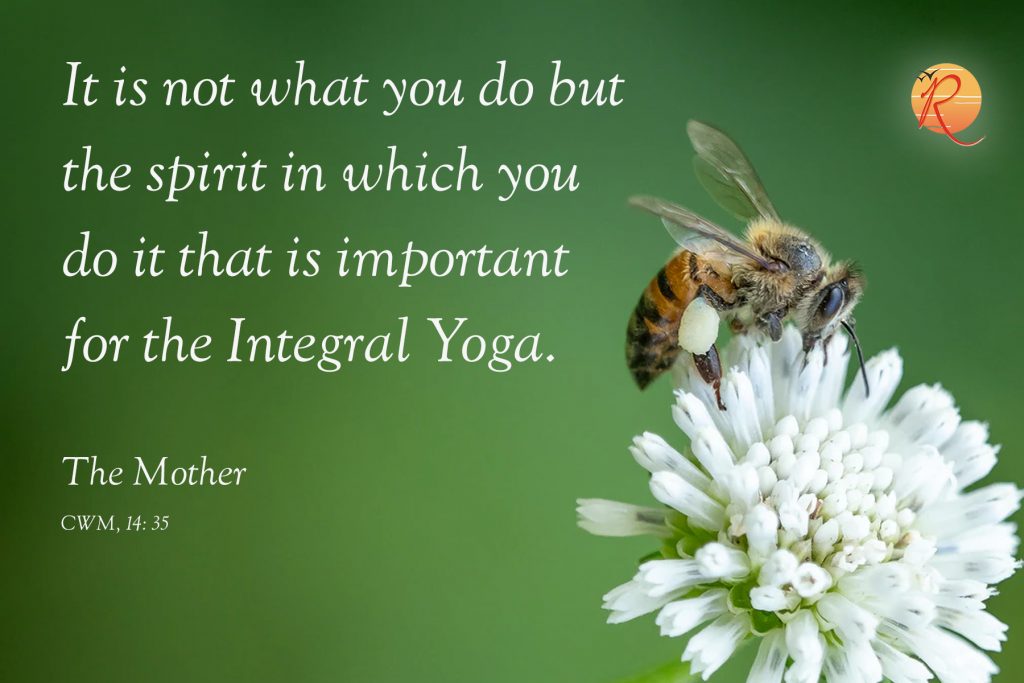 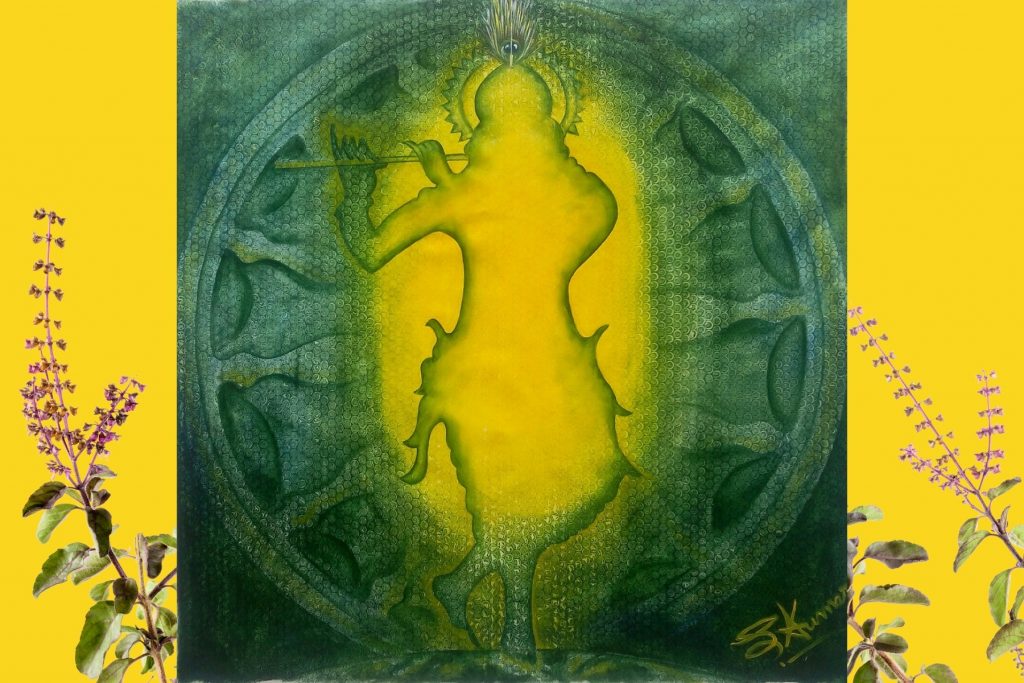 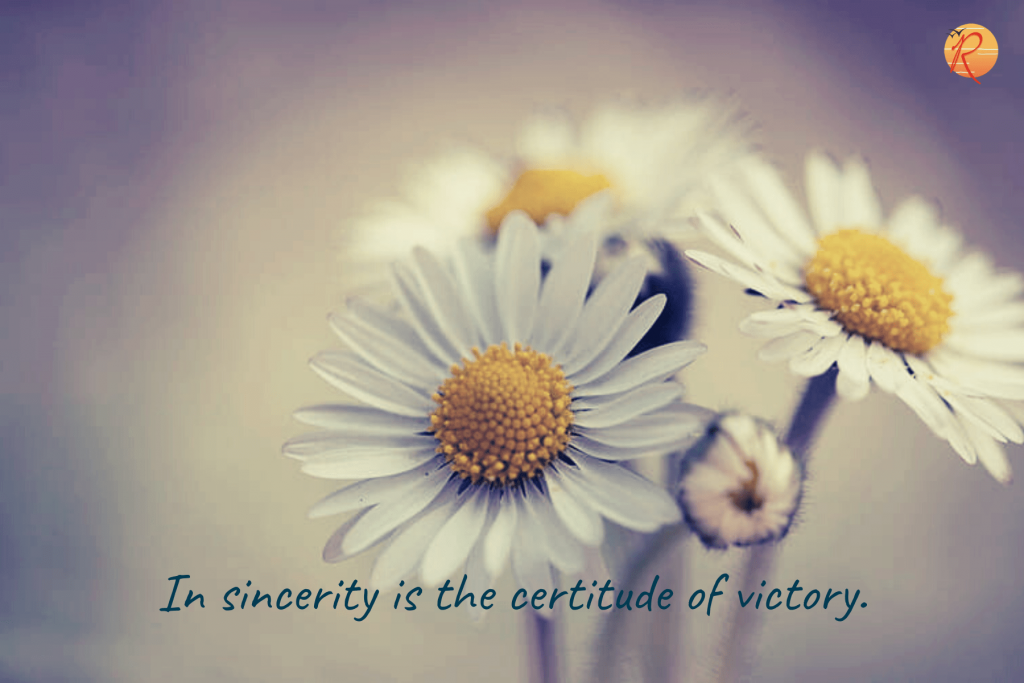