Stories of Courage as Told by the Mother

Home » Stories of Courage as Told by the Mother

Editor’s note: The Mother used the art of storytelling most sweetly and effectively to inculcate higher and nobler values in children and adults. Presented here is a collection of a few stories told by the Mother which highlight what is true courage and how to embody it. The titles to the stories are added by the editors for the ease of online reading.

Courage during the cry of distress

Let me tell you the story of Madhava as it was recorded by Bhavabhuti.

He is kneeling outside a temple and hears a cry of distress. He finds a way to enter and looks into the sanctuary of the goddess Chamunda. A victim is about to be slain in honour of this terrible goddess. It is poor Malati. The girl has been carried away in her sleep. She is all alone with the priest and priestess, and the priest raises his knife just as Malati is thinking of Madhava whom she loves:

O Madhava! Lord of my heart,

Oh, may I after death live in thy memory.

They do not die whom love embalms in long and fond remembrance.

With a shout, brave Madhava leaps into the chamber of sacrifice and engages the priest in mortal combat. Malati is saved.

For whom did Madhava show courage? Was he fighting for himself? Yes—but that was not the only reason for his courage. He was fighting also for the sake of another. He had heard a cry of distress and it had touched the brave heart in his breast.

I shall tell you the story of Vibhishan the hero. He braved a danger that was greater than the danger of death: he braved the fury of a king and gave him the wise advice that others dared not voice.

The demon-king of Lanka was Ravana of the Ten Heads. Ravana had stolen lady Sita away from her husband and carried her off in his chariot to his palace on the island of Lanka. Sumptuous was the palace and delightful the garden in which he imprisoned the princess Sita. Yet she was unhappy and every day she would shed tears, not knowing whether she would ever see her Lord Rama again.

Glorious Rama learnt from Hanuman the monkey-king where his wife Sita was held captive. He set out with noble Lakshman, his brother, and a great army of heroes to the rescue of the prisoner. When the demon Ravana learnt of the arrival of Rama, he trembled with fear.

The advice he received was of two kinds. A crowd of courtiers thronged around his throne saying:

“All is well; have no fear, O Ravana. Gods and demons you have conquered: you will have no difficulty in conquering Rama and his companions, the monkeys of Hanuman.”

When these noisy counsellors had left the king, his brother Vibhishan entered, knelt and kissed his feet. Then he rose and sat at the right hand of the throne.

“O my brother,” he said, “if you wish to live happily and keep the throne of this beautiful island of Lanka, give back the lovely Sita, for she is the wife of another. Go to Rama and ask his forgiveness, and he will not turn away his face. Be not arrogant and foolhardy.”

A wise man, Malyavan, heard these words and was glad. He exclaimed to the king of demons:

“Take your brother’s words to heart, for he has spoken the truth.”

“Both of you have evil designs,” replied the king, “for you take the side of my foes.”

And the eyes of his ten heads flashed with such fury that Malyavan fled from the room in terror. But Vibhishan, in the bravery of his soul, remained.

“Sire,” he said, “in the heart of each man there is both wisdom and foolishness. If wisdom dwells in his breast, life goes well with him; if it is foolishness, all goes ill. I fear that you harbour foolishness in your breast, O my brother, for you give ear to those who give bad advice. They are not your true friends.”

He fell silent and kissed the feet of the king.

“Wretch!” cried Ravana. “You too are one of my enemies. Speak no more senseless words to me. Talk to the hermits in the woods but not to one who has been victorious over all the enemies he has fought.”

And as he shouted he kicked his brave brother Vibhishan. So, with a heavy heart, his brother rose and left the king’s house. Knowing no fear, he had spoken frankly to Ravana; and since the ten-headed one would not listen, Vibhishan had no choice but to leave.

Read: The Virtues – A Gratitude Story Told by the Mother

The Rajah of Almora, in order to repel some invaders who had raided his mountain country, enrolled a number of men in a new regiment and provided each one with a good sword.

Instantly the men unsheathed their swords with a great clang and flourished them with loud cries.

“What is this?” demanded the Rajah.

“Sire,” they replied, “we want to be ready so that the enemy does not take us by surprise.”

“You can be of no use to me, you nervous and excitable men,” he told them. “Go home, all of you.”

You will notice that the Rajah was not impressed by all this noise and waving of swords. He knew that true bravery needs no clamour and clash.

In the following story, on the other hand, you will observe how calmly the people behaved and yet how brave they were in face of mortal peril at sea.

Towards the end of March 1910, a Scottish vessel was carrying passengers from Australia to the Cape of Good Hope. There was no trace of a cloud in the sky and the sea was calm and blue. Suddenly the ship struck a reef six miles off the west coast of Australia. Immediately the whole crew was on the move, each man hurrying as whistles were blown. But this noise was not the result of confusion and panic.

An order rang out: “Man the boats!”

The passengers put on their life-belts. A blind man led by his servant walked across the deck. Everyone made way for him. He was helpless and all wanted him to be the first to be saved. A short time later the ship had been evacuated, and soon it sank.

On one of the life-boats a woman began to sing. And in spite of the sound of the waves which at times drowned her voice, the oarsmen could hear the refrain which put strength into their arms:

The shipwrecked people reached the shore at last and were taken in by some good fishing folk. Not one passenger had been lost. In this way four hundred and fifty people had saved themselves by their quiet courage.

Courage can make one walk on water

Let me tell you more about this calm courage that accomplishes useful and noble things without show or flourish. A deep river ran past an Indian village of five hundred houses. The people of this village had not yet heard the teachings of Lord Siddhartha, and the Blessed One decided to go to them and speak to them of the Noble Path.

He sat beneath a great tree which spread its branches over the riverside, and the villagers gathered on the opposite bank. Then he began to speak and preached his message of love and purity. And his words were carried over the flowing waters as if by miracle. Yet the people of the village refused to believe in what he taught them, and murmured against him.

Only one of them wanted to know more and wished to come closer to the Blessed One.

There was neither bridge nor ferry. And the old legend tells that, strong in his courage, the man began to walk upon the deep water of the river. And so he reached the Master, greeted him and listened to his words with great joy.

Did this man really cross the river, as we are told? We do not know. But in any case he had the courage to take the path that leads towards progress. And the people of his village, touched by his example, then paid heed to the teachings of the Buddha; and their minds were opened to nobler thoughts.

There is a courage which can make you cross rivers and another that enables you to take the right path; but even more courage is needed to stay on the right path than to enter it.

Listen to the parable of the hen and her chicks:

Siddhartha, the Blessed One, used to instruct his disciples to do their best and then to trust that the best would bear its fruit.

“Just as,” he said, “a hen lays eggs and broods on them and never thinks of fretting: ‘Will my little chicks be able to break out of their shells with their beaks and see the light of day?’ you too should have no fear: if you are persistent in the Noble Path, you also will come to the light.”

And this is true courage: to walk the straight path, to brave storm, darkness and suffering and to persevere, moving ever forward, in spite of everything, towards the light.

Courage opens the gates to Victory

Long, long ago, when Brahmadatta ruled in Benares, one of his enemies, king of another land, trained an elephant to wage war on him. War was declared. The splendid elephant bore the king his master up to the walls of Benares.

From the top of the walls, the people of the besieged city hurled down boiling hot liquids and shot stones with their slings. At first the elephant retreated before this terrifying rain.

But the man who had trained him ran towards him crying:

“O elephant, you are a hero! Act like a hero and pull the gates to the ground!”

Encouraged by these words, the great creature charged and burst through the gates, leading his king to victory. This is how courage triumphs over obstacles and difficulties and opens the gates to victory.

Also read:
Something of the Stuff of the Hero and of the Titan 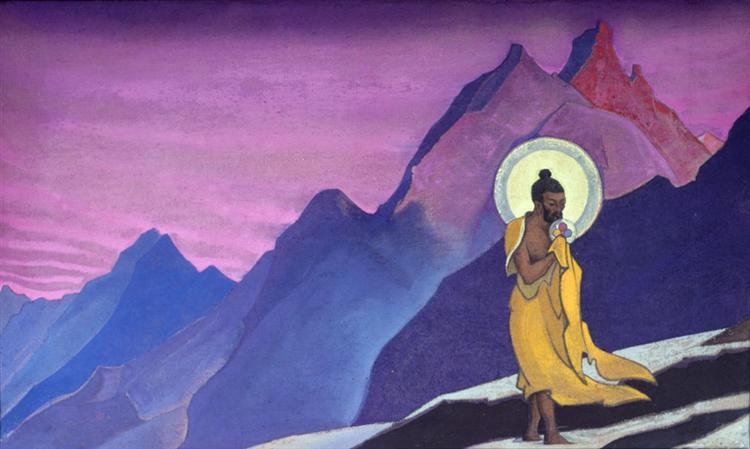 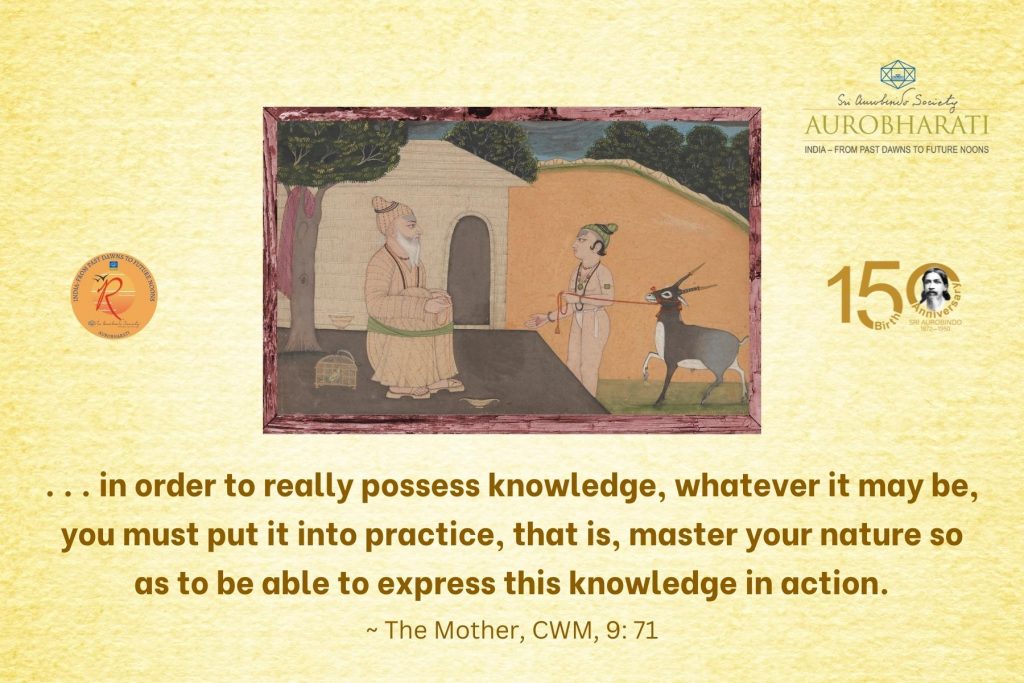 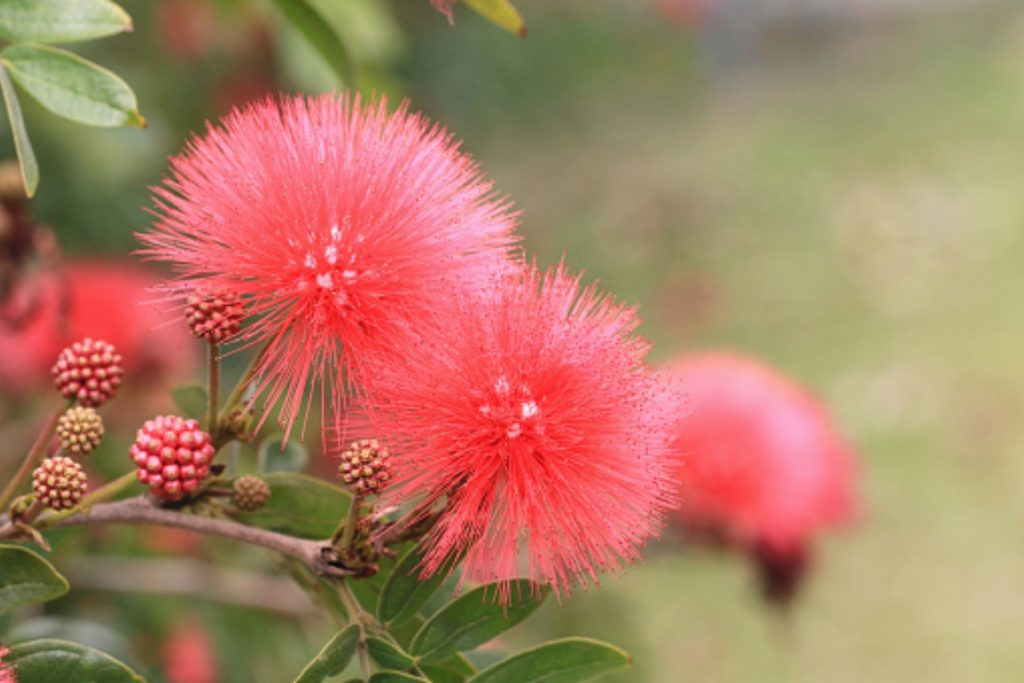