The Mahabharata is a conglomeration of several myths from India’s racial past, containing the “literary activity of the Indian mind covering a vast period of about eight centuries.” (P. L. Vaidya, ‘The Mahabharata: Its History and Character’, The Cultural Heritage of India, Volume II, 1969, p. 51.)

It is known as the satasohasri samhita (an anthology of a hundred thousand stanzas). Internal evidence points to an original version of 24,000 stanzas. However, though admittedly the epic contains a lot of encyclo­paedic matter (myths, legends, fables, poetic descriptions, details of geography and history, traditions regarding holy places, etc.), the central story is unambi­guously clear and pertains to the victory of the Pandavas over the Kauravas. The epic is accordingly known as Jaya (Victory).

Like the Iliad, the Beowulf and Nibelungenlied, this Jaya too must have been recited by wandering bards in royal courts to while away evenings purposefully, for the recounting of heroic deeds was a spur to the aspirant warriors to achieve similar battle victories. Sri Aurobindo is not averse to this view but cautions us against over-doing it, for the epic must surely comprise more than the authentic 10,000 stanzas from the War sections.

European scholars like Lessen and Sorensen had examined the epic and arrived at a corpus of 8000 stanzas that was referred to as Ur-Mahabharata. But the war between the Kurus and the Pandavas was much more than a tribal clash.

It was a great political catastrophe employing the clash of a hundred nations and far-reaching political consequences.

Each turn of fortune in the life of the heroes has thus a significant lesson for the future. A catastrophic war like the one fought on the plains of Kurukshetra must have been caused by several political factors. Hence the preceding political tangle is as important as the war itself. And we cannot jettison the causes and concentrate on the war alone.

Taking a look at the past Sri Aurobindo gives us an idea of the ancient India made up of great and civilised nations. He speaks of the possible causes of the contest that erupted between the elder and younger branches of the Bharata house.

Since even matrimonial ties were not quite an insurance against rivalry and enmity, Sri Aurobindo looked for and found a political explanation for the Great War. He saw with percipience that the nations were divided into three classes. He speaks of them as: “those who desired autonomy, those who desired to break the power of the Kurus and assert their own supremacy, and those who imbued with old imperialistic notions desired an united India” (CWSA, Vol. 1, p. 295).

And, it may be asked, why did such wise warriors like Bhishma, Drona, Kripa, Aswatthama and Vikarna support Duryodhana inspite of his un-Aryan conduct?

Sri Aurobindo feels that the elder statesmen knew of the support extended to the Pandavas by the Panchalas and Matsyas. This was intolerable for Bhishma and Drona who felt that kings like Drupada and Virata wished to become the dominant partners of the Emperor of India. And this would be possible only when the hegemony of the Kurus was destroyed. A careful study of the progress of the political elements in the epic makes this analysis plausible.

The presence of personal interests is evident in their hot eagerness for war and their unwillingness to take any sincere steps towards a just and peaceful solution of the difficulty. Their action stands in striking contrast with the moderate, statesmanlike yet firm policy of Krishna. It can hardly be supposed that Bhishma and the Kuru statesmen of his party were autonomists; they must have been as eager for a Kuru empire as Duryodhana himself.

The entire 95th canto of the Udyoga Parva is devoted to a speech by Krishna,  “resounding like dundubhi”.

He exhorts Dhritarashtra not to allow the Kurus to go to war lest the qualities of mercy, compassion, pity and non-injury for which they were famous should come to nought. The King should call a halt to the cruelty and avarice of his sons, and control the hotheads on the Kuru side.

For his part, Krishna would advise the Pandavas to eschew anger. By unifying the two branches, Dhritarashtra could become invincible. Even Indra, surrounded by gods, could not hope to defeat the Kuru king when he was helped by Bhishma, Drona, Kripa, Karna, Vivimsati, Aswatthama, Vikarna, Somadatta, Bahlika, Saindhava, Kalinga, Sudhakshina, Yudhisthira, Bhima, Arjuna, Nakula, Sahadeva, Satyaki and Yuyutsu.

On the other hand, war would bring no joy. The death of the Pandavas or the Kauravas would be an equal disaster for the elders. Why should they permit the tragedy of having to see the corpses of heroes ? The King should listen to the request of the Pandavas for their just portion. Had they not given deference to his age and authority all those twelve years and more? The conspiracy of Sakuni and the shaming of Draupadi were great provocations. Yet the Pandavas had shown exemplary patience.

Krishna here pleads only for goodwill, peace and prosperity for all the people. What is the point in destroying the innocent thousands?

Krishna’s eloquence is matched by the words of wisdom from Parasurama who retells the story of Dambodhbhava. Rishi Kanva follows with the story of Matali, so that Duryodhana may realise the folly of pride of strength. Narada recounts the adventures of Kalva and Yayati. Nothing, nothing, moves Dur­yodhana. The elders speak of peace. But in the end agree to fight on behalf of Duryodhana. And Bhishma even consents to be the Supreme Commander.

Why do they not withdraw, or at least assume neutrality, when they know that Duryodhana is in the wrong? Alas, that has ever been the way of the world, the world of the politicians. History teaches us nothing. And justice has invariably been the first casualty in politics!

All that Krishna says is reasonable and true, the only way to unity and happiness.

But the empire of Yudhisthere enforced by the arms of Mutsya & Panchala or even by the armed threats meant to Bhishma & Kripa something very different from a Kuru Empire; it must have seemed to them to imply rather the overthrow & humiliation of the Kurus and a Panchala domination under a Bharata prince.

Thus it concerned their patriotism and their sense of Kshatriya pride & duty to resist so long as there was blood in their veins. The inability to associate justice with their cause was a grief to them, but it could not alter their plain duty. Such as I take it is the clear political story of the Mahabharata.[1]

[1] It will be seen from Krishna’s attitude here (Udyoga Parva, Canto I, verse 13) as elsewhere that he was very far from being the engineer & subtle contriver of war into which later ideas have deformed him. That he came down to force on war & destroy the Kshatriya caste whether to open India to the world or for other cause, is an idea that was not present to the mind of Vyasa.

Later generations writing when the pure Kshatriya caste had almost disappeared, attributed this motive for God’s descent upon earth, just as a modern English Theosophist, perceiving British rule established in India, has added the corollary that he destroyed the Kshatriyas (five thousand years ago, according to her own belief) in order to make the line clear for the English. (Sri Aurobindo, CWSA, Vol. 1, p. 347)

~ All Mahabharata images used in this feature are in public domain and are accessed through Wiki Commons. 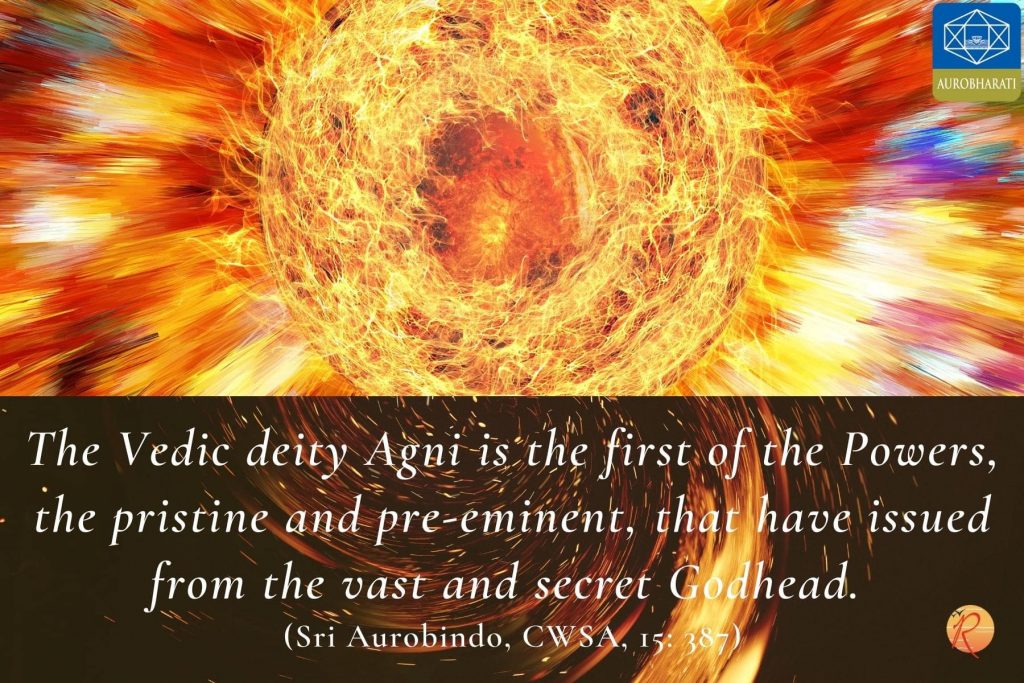 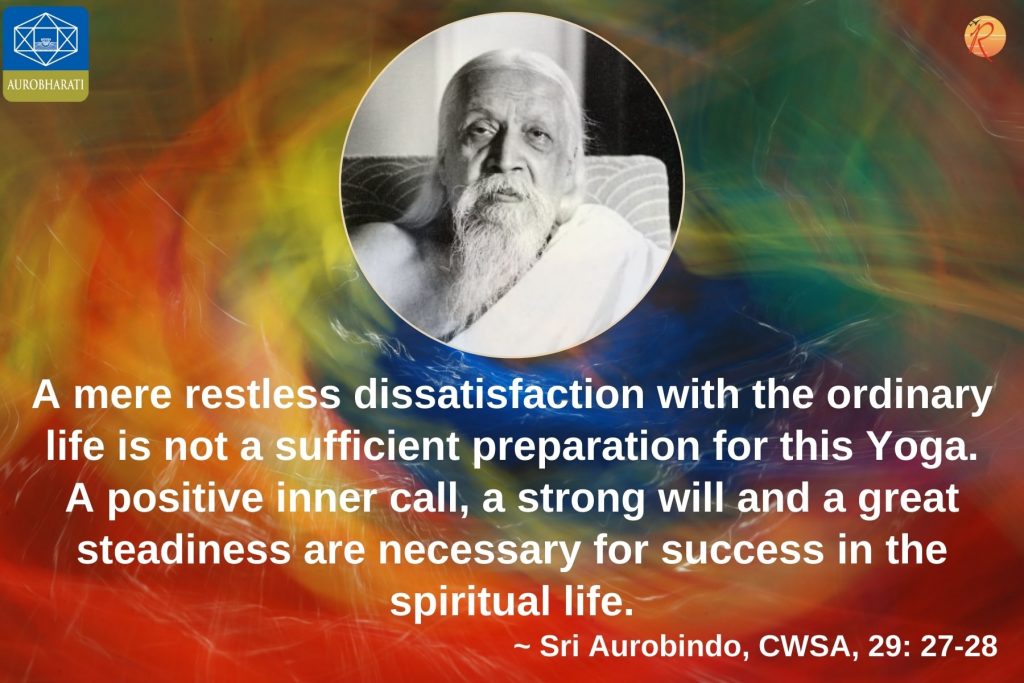 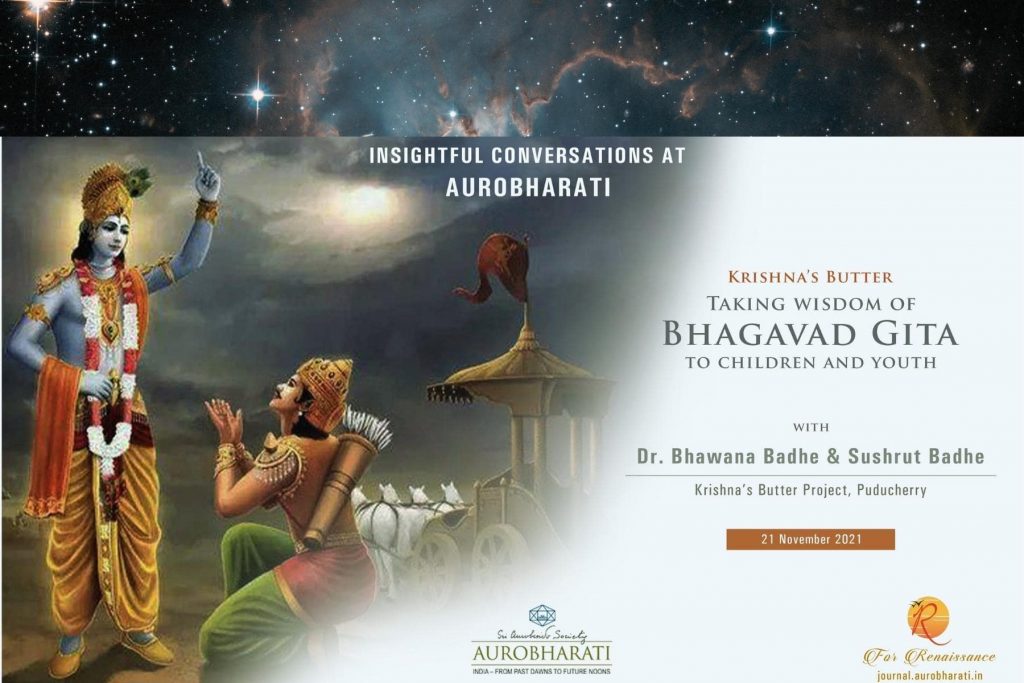