Sincerity as Clear Vision and Self-Development: Reflections of an American Educator in Pondicherry

Home » Sincerity as Clear Vision and Self-Development: Reflections of an American Educator in Pondicherry

“From the point of view of education, this would be very important: to see the world as it is, exactly, unadorned, in the most down-to-earth and concrete manner; and to see the world as it can be, with the freest, highest vision, the one most full of hope and aspiration and marvellous certitude—as the two poles of discernment.”

A recent conversation with a dear friend who lives in Haridwar, India prompted me to cull through the writings of Sri Aurobindo and the Mother, along with Ramana Maharshi. The opening two quotes spoke to me the most as I started writing this reflection on sincerity, particularly sincerity in education.

In 2010, I went to India for the first time. As a Fulbright Scholar, I stayed for seven months conducting my research on learning theories. In early 2011, I spent a month in Pondicherry, where I was hosted by Sri Aurobindo Society. I had read a little about Sri Aurobindo’s Integral Education, but spending a concentrated time in Pondicherry – the place where Sri Aurobindo and the Mother lived and did intense tapasya – helped me gain a more living and embodied learning experience. I yearned to know more about Sri Aurobindo, the Mother and Integral Education, and Pondicherry was the correct source place.

While there, I immersed myself in the ideas and practices set forth by Aurobindo and the Mother. I had discussions with different people who were affiliated with the Sri Aurobindo Society, and participated in the nightly meditations at the Sri Aurobindo Ashram. There was a lot to assimilate and soak in, and I wrote profusely in my journal to reflect upon many things I was learning and experiencing. The following is one of my journal entries from February 2011:

Almost every evening, I have been going over to the Sri Aurobindo Ashram to meditate from 7 or so to 8 p.m. at the ‘Samadhi’…. Every night, I am there with about a hundred Indians and a few other foreigners.  It is really a beautiful meditation ceremony.

First of all, the whole ashram is filled with a whole array of large gorgeous flowers all growing in pots. The Mother loved flowers. There is a cool book that I just got called “The Spiritual Significance of Flowers” by the Mother; she gave new spiritual meanings to flowers.

As people arrive for the nightly meditation, everyone gets in line and lights some incense – putting it near the samadhi area. There are two large white marble pieces, where the bodies of Sri Aurobindo and The Mother are enshrined. At 7:30 pm, they turn all the lights off except for one little white light and one little blue light. The samadhi area is under a huge tree and always decorated with beautiful fresh flower petals. When I go there to meditate, I sit under a very big tree with many people. Because we are near the ocean, there is always a little breeze; and the smoke from the incense dances around above the samadhi. It is dancing blue smoke, and it has a life all its own.

The first night that I went for the evening meditation I experienced some of the most beautiful and peaceful moments I had had in India, or perhaps anywhere. Funny thing is that it is not completely silent at the meditation place. All the people are silent inside the Ashram, but just outside the ashram, which is located in the middle of the city, you can hear little beeps from auto rickshaws, motorcycles, and bikes.

Also, every night before they turn off most of the lights for the meditation, a short man walks around and urges people over and over again: “Please switch off your mobiles, please.” And every night, there is at least one cell phone that starts ringing at some point.  If you are the person whose phone is ringing, the reaction of others is to shake their head and look with shame toward the person who left his or her phone on.

I always make sure that my phone is off because there seem to be larger repercussions if it is a foreigner’s phone that rings. It amazes me that even in India, at an ashram, where silence is mandatory, cell phones are still ringing. If technology seeps into even a spiritual place like the Sri Aurobindo Ashram (or really any ashram) then is there a place anywhere in the world that is still free from the hum and buzz and ring of electronic gadgets? I wonder.

As I look back at what I had written more than ten years back, and reflect on the two ideas of the Mother and Ramana Maharshi with which I had started writing this piece, I can see an interesting connection emerging between them all. In a way, these thoughts remind us that while we must realize who we essentially are as human beings and as individuals, education can be a means to help us see both what is really happening at the present and also embrace what is possible – in other words, to see the world as it is and to see what it can be, as the Mother suggests.

The Mother asks us “to see the world as it is,” but she also asks us to cultivate the “highest vision, the one most full of hope.” For me, the peacefulness which I felt at my nightly meditations at the Ashram is one of the highest visions of what is possible in this world. Amid the ambient sounds of the city and the occasional cell phone ringing, experiencing life as it was, I’d also like to think that the peace I experienced is what is possible in this world. I see sincerity through a pairing of the wisdom of the Mother with Ramana Maharshi’s words about understanding the self so that positive changes can be made in the world.

Now, ten years later in 2021, I emerge from a time of another deep reflection. I want to write something like this: “Coming out of the pandemic,” but the truth is that this global pandemic is still wreaking havoc in many places in the world, including India. But the pandemic is just one of the several things with which we are grappling as human beings. We live in troubled times, and we have global problems, ones that know no borders of any kind.

The Mother urges us to see these global issues clearly and Ramana Maharshi asks us to develop the self; their ideas can dynamically come together. By seeing the world clearly, by cultivating a highest, freest vision full of hope and aspiration, and by developing and realizing our true self – therein lies the true hope for humanity. The highest visions for humanity can manifest. Positive change can happen through education, one sincere individual at a time. 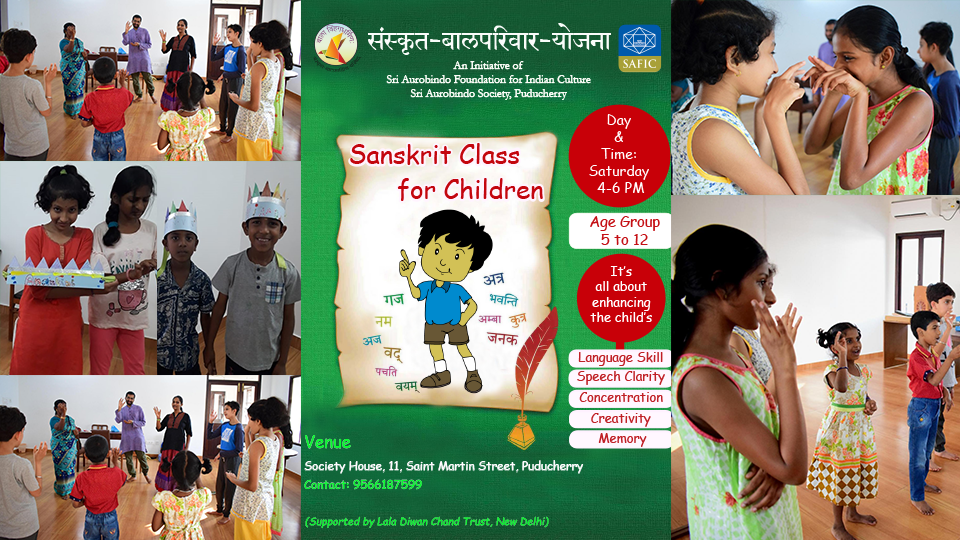