Editor’s note: As India celebrates its 75th year of independence from the oppressive British colonial rule, we honour the tremendous sacrifices made by countless heroic men and women whose ardent love for motherland and whose fiery aspiration to sacrifice all they had and all they were at the feet of Mother India continue to inspire us to this day.

Our issue on the theme ‘Courage’ features some glimpses of the great revolutionary Jatin Mukherjeee, popularly known as Bagha Jatin. This article was first published in Mother India, May 2005, pp. 428-434, under the title ‘Glimpses of Bagha Jatin’. Only a few formatting changes have been made for the purpose of this digital presentation, which is done in two parts.

Aristotle thought that, to be appreciated by men, a subject should neither be too big, nor too small. In the case of Bagha Jatin, the unusually rich and complex character has been trimmed to an over-simplified stature of a martyr who had happened to kill a tiger in a wrestling bout.

On reviewing, however, a thesis on Bagha Jatin, a French historian was reminded of an opera by Giuseppe Verdi. M. N. Roy believed that the battle of Balasore itself—where Jatin fought and died—had enough grandeur of an epic, with the drama woven around the man, his character, his personality. In the 1970’s, eager to hold up an ideal before the wayward youth, Satyajit Ray seems to have thought of a documentary on Bagha Jatin with the Films’ Division.

Shrouded in legends, popular as Bagha Jatin, Jatindranath Mukherjee, in his short span of life (7.12.1879 – 10.9.1915), had attained immortality: hato vā prāpsyasi svargam. His elder sister and alter ego Vinodebala Devi had kept notes and recorded anecdotes with a real-life picture of the man.

In 1923, Upen Banerjee, Amarendra Chatterjee, Jadugopal Mukherjee, Satyen Majumdar and Praphulla Sarkar (founder of the Ananda Bazar group of papers) consulted her, before publishing his first biography Biplaber Bali (‘An Offering to Revolution’), which was immediately proscribed.

So did Lalitkumar Chatterjee (Jatin’s uncle and colleague) and Hemanta Sarkar. 9 September 1923 was chosen not only to celebrate openly from Kolkata to Peshawar [1] Jatin’s heroic battle but, also, to warn the Government that the first batch of revolutionaries, on returning from exile and prisons, presented themselves to the public as an alternative to Gandhi’s policy.

Amarendra published a new daily, the Swadesh, with a special Bagha Jatin issue; Deshabandhu Chittaranjan was planning to found a memorial in Balasore; simultaneously, inspired by some of them, Bhagat Singh (the future martyr) published articles on Bagha Jatin in Punjabi [2].

A score more books have come out since August 1947. But none could portray successfully the beloved leader.

Whereas, turn by turn, the major avenues, streets and public parks of Kolkata were being vainly proposed to be renamed after Bagha Jatin, one of his followers, Bhupendrakumar Datta—having interviewed Jatin’s contemporaries and having consulted Indian archives—passed his notes to a young scholar, guiding him to write a reliable biography.

After fifty years of research [3], the groundwork being ready (with additional documents from European and American archives), is it not time to evaluate who Bagha Jatin was and the significance of what he did?

Also read:
The Tale of My Exile: Twelve Years in the Andamans

The greatest influence on Jatin was his mother, Sharat Shashi Devi. Fond of essays by Bankim and Yogen Vidyabhushan, a fiery and charitable widow, she had succumbed to the contagion while nursing a cholera patient.

As a college student, impatient to solve some value-centered questions, Jatin learnt from Vivekananda that India’s political freedom was indispensable for the spiritual deliverance (moksha) of mankind. For this, he was to prepare patriots with iron muscles and nerves of steel, sublimating the libido in an utter dedication to the Motherland.

In a Police Report, in contrast with the vulnerability of a few illustrious leaders that he enumerated, J.E. Armstrong upheld that Jatin “owed his pre-eminent position in revolutionary circles, not only to his quality of leadership, but in great measure to his reputation of being a Brahmachari, with no thought beyond the revolutionary cause.”[4] To several of his followers, Jatin personified the essence of the Gita: his equanimity generated in the listeners’ hearts a conviction that nothing was impossible.[5]

In 1899, employed by the barrister Kennedy of Muzaffarpur, young Jatin heard him campaigning for a National army for India. And he came to know how the British safeguarded the imperial interests in China and elsewhere by squandering Indian money. This led Jatin to work for winning over the Indian soldiers with patriotic ideology. He concentrated exclusively on a two-pronged programme:

The “earliest known attempts in Bengal to promote societies for political or semi-political ends”, by P. Mitter, Sarala Ghoshal and Okakura, “commenced in about the year 1900”, and “flourished particularly at Kushtea” under Jatin.[10]

On meeting Sri Aurobindo and J. N. Banerji (Niralamba Swami) in 1903, Jatin with his followers joined their secret preparation for an armed insurrection. Both Banerji (in Upper India) and Jatin (in Bengal), with their personal influence, added to it the participation of army men.

As “Sri Aurobindo’s direct contact” Jatin organised and led secret societies in the districts, up to Darjeeling, [11] backed the publishers of the Jugantar.[12]

According to Hemendraprasad Ghose (Sri Aurobindo’s cousin and a member of the centre in Deoghar where Jatin and Barin worked with their associates and where, even the latter’s mother, Swarnalata Devi, volunteered to keep a watch on the bomb factory inside her cottage, with a sword), Jatin controlled the Jugantar movement for over ten years.[13]

Jatin’s revolutionary project included three phases: individual martyrdom; guerrilla; and, finally, mass movement. Disapproving Barin’s centralised organisation (the pattern to be followed by the Dhaka Anushilan) and untimely terrorism in a spirit of showdown, Jatin developed a loose confederation of regional groups which would prove its merits during prosecutions like the Howrah Gang case.

For instance, managing the groups in Natore, Dighapatiya and Jamalpur under Jatin’s leadership, Satish Sarkar [14] ignored that Amaresh Kanjilal was playing exactly the same role in Mymensingh, Dinajpur, Rangpur, Cooch Behar. “Secrecy was absolute in those days —particularly with Jatin.”[15]

The abrupt events in 1908—massive detention and the Alipore case—created a demoralisation; issuing increasingly repressive measures, the Government banned all associations and meetings. Keeping a handful of select militants in Kolkata (later referred to as Sevak Samiti), Jatin immediately directed the majority towards rural centres, enlarging with them the social service programme. Thanks to Justice Saradacharan Mitra, he obtained from Sir Daniel Hamilton lands in the Sunderbans for agriculture, small-scale cottage industries, swadeshi stores and homoeopathic dispensaries; in the remote marshy regions, he trained boys in handling firearms.[16]

Through Charu Ghosh of his party, Jatin purchased important consignments of revolvers and ammunition from Nur Khan, a well-known smuggler in Chetla. Then, in a masterly stagecraft, he dealt four spectacular blows to the existing law and order, hoping to rouse the patriots’ imagination: attempt to kill the Lt. Governor of Bengal (7.11.1908); shoot dead the police inspector who had arrested Praphulla Chaki (9.11.1908); overtly murder the public prosecutor (10.2.1909) and the Deputy Superintendent of Police (24.1.1910).

On the 25 January 1910, the Viceroy Minto declared: “A spirit hitherto unknown to India has come into existence (…), a spirit of lawlessness which seeks to subvert (…) British rule…”[17] Overwhelmed, he left the Indian scene.

Arrested on 27 January with forty-six major suspects, in the teeth of severe trials in the Howrah Case, Jatin and most of the co-accused got released (21.2.1911). The newly appointed Viceroy, Hardinge, singling out Jatin as “the real criminal”, regretted the dismantling of the seditious 10th Jat Regiment and wrote: “Nothing could be worse (…) than the condition of Bengal and Eastern Bengal. There is practically no Government in either province…”[18]

[14] Known by Sri Aurobindo’s intimates as kanishtha papishtha (‘the junior-most sinner’) [cf. autobiographical writings by Suresh Chandra Chakravarti], this man will be commissioned by Jatin Mukherjee on 24 January 1910 to accompany Biren Datta-Gupta at the High Court to assassinate Shams-ul Alam and to inform Sri Aurobindo that the mission was successful. Soon after this intimation, Sri Aurobindo will receive the command from within to go to Chandernagore. 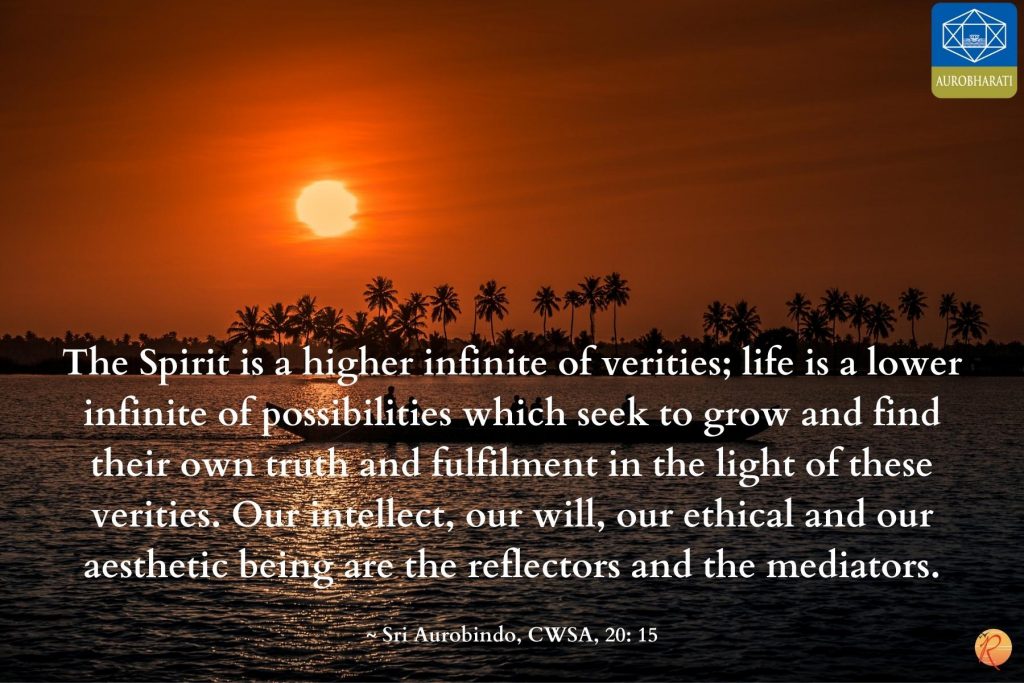