Patriotism in the Times of Taliban: A Viewpoint from India

Home » Patriotism in the Times of Taliban: A Viewpoint from India

In these times of emotional aridity and dry intellectual labyrinths, I will start with the balm of calm and uplifting poetry. American poet William Ralph Emerson deciphers the secret of a great, mighty and invincible nation through his poem ‘A Nation’s Strength’ (1891):

Not gold but only men can make
A people great and strong;
Men who for truth and honour’s sake
Stand fast and suffer long.
Brave men who work while others sleep
Who dare while others fly
They build a nation’s pillars deep
And lift them to the skies.

The message is clear: a nation lives and thrives in the patriotic veins of her nationals. More than a patch of land dotted with mountains and fountains, plains and plateaus, a nation is the invisible geography in the heart of a people who are ready to face any amount of challenge in order to save and defend their motherland. A people who are slumbering, sleeping and, understandably, failing the motherland in the face of worst crisis are not her true children.

Recent developments in Afghanistan deeply disturbed me as it did to every sensitive citizen of the country and the globe. After all, to quote from John Donne’s Meditation XVII written in 1623, “no man is an island” and inhabitants of this small earth are deeply “involved in mankind”. Our joys and sorrows, failures and frustrations, chaos and calamities deeply influence us and affect our globe’s social, political, emotional, intellectual and even aesthetic fibers.

The ‘Talibs’ (ironically, this word means – students) taking over a war-worn country of 34 provinces and 40 million people have serious forebodings for the entire world. Nearly all of them are ghastly terror mongers who spent long ages in hibernation in their hideouts, or in Afghani and Pakistani jails, where they enjoyed the privileges of being state guests, hobnobbing with corrupt and sold-out authorities. Now breathing fresh lease of life after two decades, they are unstoppable and on a rampage, ready to trample upon the very consciousness of their unfortunate country.

I deeply feel for the women and children who, after enjoying 20 years of freedom and liberal milieu (though any society should constantly reflect on the evolving nature of freedom and liberality it espouses), are suddenly at the brink of destruction of their dreams. While an effete United Nations is busy passing homilies to the dolorous and masked faces of terror, the helpless world is reduced to the status of mute witness of everyday reports of atrocities and exploitations going on in the confined confines of Afghanistan.

But while our hearts go out to the poor and innocent Afghans, on whose largesse Tagore modelled his story ‘Kabuliwala’, there is another aspect of the ongoing crisis: the question of patriotism, the question of brave and valorous Afghans who should have been on the fronts snatching the ugly eyes of the attackers. We are searching for the heroic accounts of the Afghan National Army who surrendered, nay supported the seize, and invited to the nation global opprobrium.

Calamity: The Crucible of Patriotism

Our love for our loved ones or for our motherland, matribhoomi, is tested in tempests of insecurity and agitations. Chaos and calamities are crucible of judging a people’s patriotism, bold expression of their innate love and attachment to the motherland. A brave heart lives and, if needed, lays his life down for the greater life and honour of his country. Often heroes are born in moments of crisis and calamity. The most glaring example is from the land bordering Afghanistan itself.

On September 12, 1897 only 21 Sikhs led by Havaldar Ishar Singh bravely fought the tribal army of 12 thousand Afghans, saved Saragarhi and scripted a new chapter in the annals of heroic history. Maqbool Sherwani is still one of the most respectful names in Kashmir who single-handedly outwitted the tribal marauders of Pakistan in 1947 and laid his life for Kashmir and her people. There are thousands of such examples from everywhere in the world. Crisis consolidates. Chaos and apocalypses compel people to forget their small differences and unite for the larger cause.

“The milder forms of patriotism have been among the most benevolent of human creations. Believing that my nation is unique, that it deserves my allegiance, and that I have special obligations towards its members, inspires me to care about others and make sacrifices on their behalf.” (p. 112)

Seen from this perspective, where do the Afghani people stand on this touchstone? Why are they leaving their dear motherland in times of her dire need, when her very existence is under threat of extinction? Why don’t they stand and fight back, look straight into the eyes of the मलेच्छ, the marauders?

The clear reply is that Afghanistan is not a country but a battlefield for tribal hegemony, pioneered and patrolled by AK 47-wielding, explosive-laced, hatred-fuelled warlords or sardars who never care a button for the concept of motherland! Taliban and Haqqani, the current controllers of Afghanistan, are illegitimate progeny of this lordship.

A true leader leads from the front and there is no exam like national calamity for judging a leader’s calibre. But Ashraf Ghani, the president of Afghanistan, was among the first batch of Afghans who left his country, well before the first drop of blood shed in Kabul against the Talibans. Who can save such a nation? Unsurprisingly, hundreds of thousands followed their leaders and chief of the national army and thronged Kabul airport in order to bid goodbye to the motherland.

The world witnessed heart rending scenes of people falling from the airplanes and meeting sudden death in their stupid and suicidal attempts of leaving the country. If you care for your clan, who will take care of the country? Ironically, Harari lists Afghanistan among one of the countries where “robust nationalistic bonds” (p. 112) are lacking!

“Nations do not prosper without self-sacrifice,” uttered Sri Aurobindo at Venkatesh theatre in Nagpur on January 31, 1908 (CWSA, Vol. 7, p. 860). This is a universal truth and an eternal secret of a people’s or a nation’s survival. India would not have been liberated from the shackles of 1000-year-old slavery had we not had leaders and pioneers who sacrificed supremely just for the freedom and honour of the Bharat-bhoomi. Those who flee the battlefield are not counted in the category of ‘living humans’.

Only God knows the future and fate of Afghanistan, and who knows, even God may not be knowing that!

Note: The views expressed here are solely of the author. They do not reflect, in any manner, the views or analysis of the Renaissance journal nor its publisher, Sri Aurobindo Society. 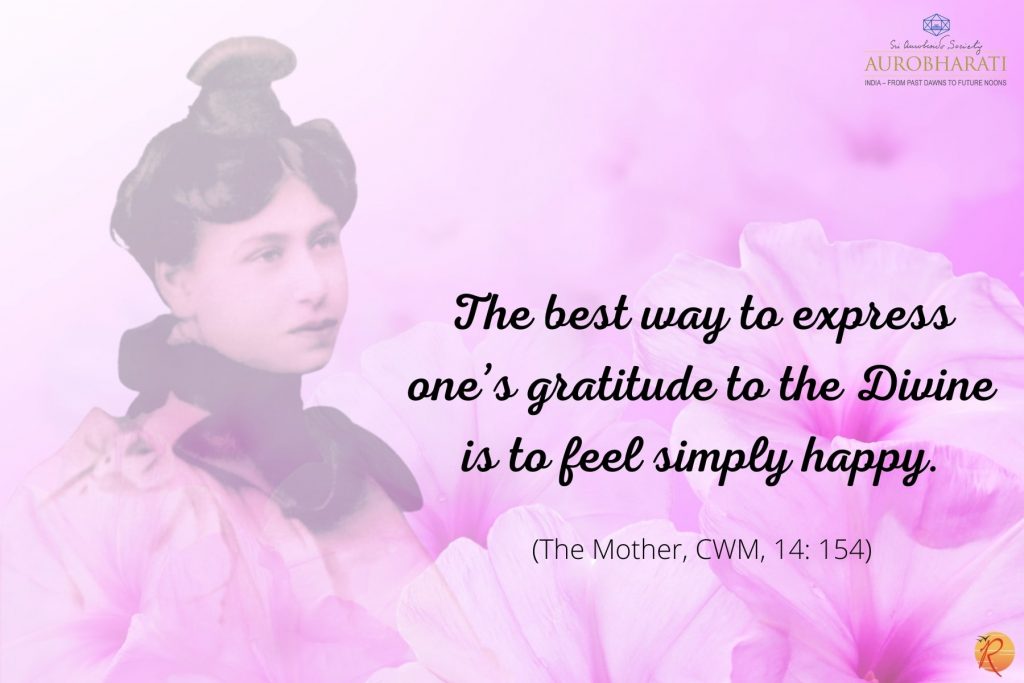 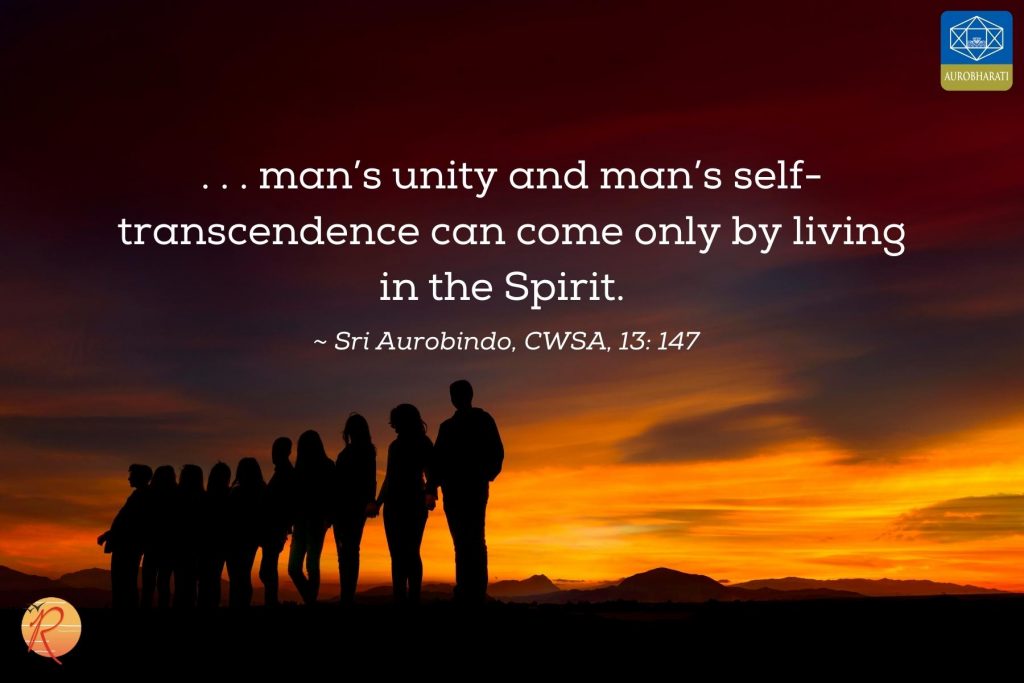