Light is its own authenticity. Modern knowledge has reduced the material universe to light particles: that is the ultimate reality which is cognisable to the human sense, beyond which there is no means to go. All other objects are reflections, measures or derivations of this single primordial substance; at least all have to reach our perception through this intermediary. And its move­ment, its velocity too is the standard of measure for all movements: the velocity is constant and nothing can exceed it (that is Einstein).

There is an inner light too. The virtues of the outer light only translate something of the nature of the inner light. You cannot prove the existence of light, inner or outer; it exists in its own light and itself serves to prove things that exist. Not only that. Light is not only a power of knowledge, it is also a power of action: it not only illumines, but also purifies. It clears up and cleans up as well.

But where is to be found this inner light? How is it to be recognised? Does it truly require no introduction like the outer light? What are its characters and attributes, its signs and signals?

The light is in one’s own consciousness, one has simply to become aware of it. It is mixed up with darkness, embedded in obs­curity, as diamond or gold lies concealed in its ore. But, as I have said, light carries its own authenticity. One cannot fail to recognise it, provided – and that is the sole and sufficient provision – one is genuinely willing to recognise. A sincere goodwill is all that is required in this apparently arduous labour.

Here is a significant mystery and of capital importance. We refer to an activity of the consciousness which is not completely hidden or behind the veil: it appears covered, because we do not care to look at it, because it is likely to be of an uncomfortable kind and that because we feel safe and cosy at the lowest level of our consciousness and to mount and rise or to be vigilant and straight means effort and trouble.

Let us explain. Man is not as ignorant and helpless as he seems to be, as he would himself consider to be. There is in him always a spark, under the ashes, as it were, a perfect freedom behind the facade of a network of bondages, not dead or dormant but biding the time, to come out and be active on the surface.

The spark is the light that directs to the right and warns against the wrong; the freedom is the choice to do the right and avoid the wrong. It is just a point of perception, just a flash of awareness, but net and clear: it is there, you have only to notice it. It does not give the why or the whither of the lightness: it is a simple declaration presented to you, for you to do what you like with it: to ignore or to profit by.

Usually, we do not pay attention to it: our attention is diverted towards another direction and other things. Our environment, our education, our domestic and social influences, even a good part of our own nature demand of us other ways of living and inhibit the spontaneous inherent light of the consciousness. Even so, if we care to look at it, if we sincerely turn round and ask for it, we will find it still there – the flame behind the smoke, the queen in the harem, the deity in the sanctum.

What is required is just a straight look and not the crooked wink we are accustomed to. The first attempts will necessarily mean a little fumbling, but if you mean what you do, you will find your vision getting clearer. It is our own disinclination that weaves the cobweb of ignorance around the truth. Other­wise, an unsophisticated consciousness, a consciousness which is not vitiated – more often by nurture than by nature – can always feel the presence of the truth and is directly aware of it.

A blinded misdirected mind, if it wakes up at any time and looks about for the truth sincerely – we insist upon the condition – can recognise it, learn to trace it by certain indications it always leaves behind in the consciousness.

A touch of the truth, a step towards it will be always accompanied by a sense of relief, of peace, of a serene happiness and unconditional freedom. These things are felt not as something gross and superficial affecting your outer life and situation, but pertaining to the depth of your being, concerning your inmost fibre – it is nothing else but just the sense of light, as if you are at last out of the dark. A right move­ment brings you that feeling; and whenever you have that feeling you know that there has been the right movement.

On the contrary, with a wrong movement you are ill at ease. You may say that a hardened criminal is never ill at ease; perhaps, but only after a great deal of hardening. The criminal was not always a criminal – I am speaking of a human being, not a born hostile – he must have started somewhere the downward incline. The distinction of the right and the wrong must have been presented to his consciousness and the choice was freely his. Afterwards one gets bound to one’s karma and its chain.

Anyway, we are concerned particularly with one who asks for the truth and reality, the aspirant who is ready for the discipline.

To the aspiring soul, to one who sincerely wishes to see the truth, it has been said, the truth unveils its body. The unveiling is gradual: the perception of the reality grows, the sensibility becomes refined, the vision clearer and clearer.

The first step, as in all things, is the most decisive. For once all on a sudden, probably when you are off your guard, you know, in a flash, as it were, here is the right thing to do or the right thing you have done or even the wrong you have not done. You have thus secured the clue: and it is up to you now to pursue the clue.

The question of false light or of wrong perception need not trouble you too much. If you are sincere, if you have the correct attitude, things will come always right to you. The trouble is for him who is not himself true or does not propose to be true.

This spontaneous recognition of the light in you is also called, in the Yogic language, openness. It means you are ready, at least, something in you is ready, to accept and admit the light when it presents itself before you. If you have any hesitation to receive it for its own sake, if you wish to corroborate your initial perception you can look for its sign manual: the peace, the freedom, the elevation, the quiet certitude, the exquisite sweetness or gladness it brings, its own lumino­sity which is found neither here nor elsewhere but in its own body of self.

More by Nolini Kanta Gupta in Renaissance:
Where is Agni? — The Colloquy of Agni and the Gods 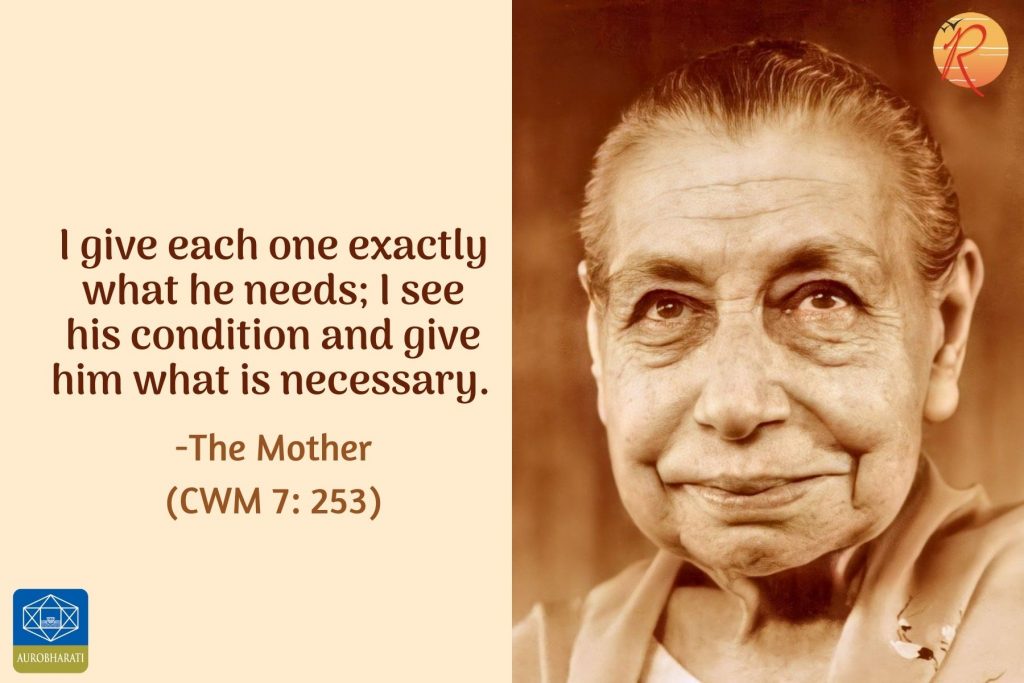 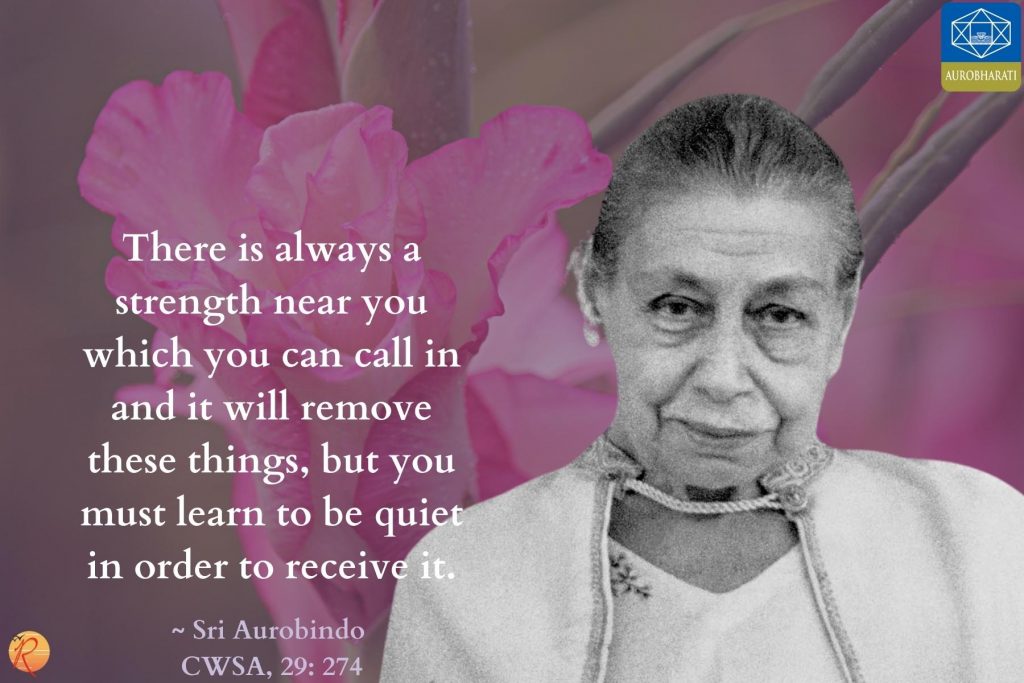