Integral Yoga – Finding the Divine in the Life

Home » Integral Yoga – Finding the Divine in the Life

Or else, the path of devotion and love, like that of Chaitanya or Ramakrishna.

… in the integral yoga it is in life that the Divine must be found, not outside life.

There are those, for instance, who consider life and the world an illusion, and think it necessary to leave them behind in order to find the Divine, whose nature, they say, is the opposite of that of existence. So Sri Aurobindo says that perhaps they will find God outside life but will not find the Divine in life. He contrasts the two things. In one case it is an extra-terrestrial and unmanifested Divine, and in the other it is the Divine who is manifested in life and whom one can find again through life.

“You must understand that my mission is not to create maths, ascetics and Sannyasis; but to call back the souls of the strong to the Lila of Krishna & Kali. That is my teaching,… my name must never be connected with monastic forms or the monastic ideal. Every ascetic movement since the time of Buddha has left India weaker and for a very obvious reason. Renunciation of life is one thing, to make life itself, national, individual, world-life greater & more divine is another. You cannot enforce one ideal on the country without weakening the other. You cannot take away the best souls from life & yet leave life stronger & greater. Renunciation of ego, acceptance of God in life is the Yoga I teach,— no other renunciation.”

I am not proposing to you in Yoga an individual path unconcerned with the rest of mankind,—and here there can be no doubt or hesitation. Neither the exaggerations of spirituality nor the exaggerations of materialism are our true path. Every general movement of our humanity which seeks to deny Nature, however religious, lofty or austere, of whatever dazzling purity or ethereality, has been & will always be doomed to failure, sick disappointment, disillusionment or perversion, because it is in its nature for the mass of humanity a transient impulse of exaggeration, because it contradicts God’s condition for us who set Nature there as an indispensable term for His self-fulfilment in the universe and ourselves as the supreme instruments & helpers on this earth of that divine self-fulfilment.

Every movement of humanity which bids us be satisfied with our ordinary Nature, dwell upon the earth, cease to aspire to the empyrean within us and choose rather to live like the animals looking to our mortal future before us & downwards at the earth we till, not upwards to God & our ungrasped perfection, has been & will always be doomed to weariness, petrifaction & cessation or to a quick & violent supernaturalistic reaction, because this also is for the mass of men a transient impulse of exaggeration & because it contradicts God’s intention in us who has entered in and dwells secret in our Nature compelling us towards Him by an obscure, instinctive & overmastering attraction.

Materialistic movements are more unnatural and abnormal than ascetic and negative religions & philosophies; for these lead us upward at least, though they go too furiously fast & far for our humanity, but the materialist under the pretence of bringing us back to Nature, takes us away from her entirely. He forgets or does not see that Nature is only phenomenally Nature, but in reality she is God. The divine element in her is that which she most purely & really is; the rest is only term and condition, process and stage in her whole progressively developed revelation of the secret divinity. He forgets too that Nature is evolving not evolved & what we are now can never be the term of what we shall be hereafter. The supernatural must be by the very logic of things the end & goal of her movement.

Therefore, not to be ensnared, emmeshed and bound by Nature, and not, on the other hand, to be furious with her & destroy her, is the first thing we must learn if we are to be complete Yogins and proceed surely towards our divine perfection. All beings, even the sages, follow after their nature and what shall coercion and torture of it, avail them? Prakritim yanti bhutani, nigrahah kim karishyati? And it is all so useless! Do you feel yourself bound by her and pant for release? In her hand alone is the key which shall unlock your fetters. Does she stand between you & the Lord? She is Sita; pray to her, she will stand aside & show Him to you; but presume not to separate Sita & Rama, to cast her out into some distant Lanka under the guard of giant self-tortures so that you may have Rama to yourself in Ayodhya. Wrestle with Kali, if you will, she loves a good wrestler; but wrestle not with her unlovingly, or in mere disgust & hate; for her displeasure is terrible and though she loves the Asuras, she destroys them. Rather go through her & under her protection, go with a right understanding of her and with a true & unfaltering Will; she will lead you on with whatever circlings, yet surely & in the wisest way, to the All-Blissful Personality & the Ineffable Presence. Nature is the Power of God Himself, leading these multitudes of beings, through the night & the desert & the tracts of the foeman to their secret & promised heritage.

Supernature, then, is in every way our aim in Yoga; being still natural to the world, to transcend Nature internally so that both internally and externally we may possess and enjoy her as free & lord, swarat and samrat; being still the symbol in a world of symbol-beings, to reach through it to that which is symbolised, to realise the symbol; being still a figure of humanity, a man among men, a living body among living bodies, manus, mental beings housed in that living matter among other embodied mental beings; being & remaining in our outward parts all this that we are apparently, yet to exceed it and become in the body what we are really in the secret self,—God, spirit, supreme & infinite being, pure Bliss of divine joy, pure Force of divine action, pure Light of divine knowledge. Our whole apparent life has only a symbolic value & is good & necessary as a becoming; but all becoming has being for its goal & fulfilment & God is the only being. To become divine in the nature of the world and in the symbol of humanity is the perfection for which we were created.

“This yoga can only be done to the end by those who are in total earnest about it and ready to abolish their little human ego and its demands in order to find themselves in the Divine. It cannot be done in a spirit of levity or laxity; the work is too high and difficult, the adverse powers in the lower Nature too ready to take advantage of the least sanction or the smallest opening, the aspiration and tapasya needed too constant and intense. It cannot be done if there is a petulant self-assertion of the ideas of the human mind or wilful indulgence of the demands and instincts and pretensions of the lowest part of the being, commonly justified under the name of human nature.”

Everybody knows this; those who do not want to change their way of doing things or their way of being always say, “Oh! What do you expect, it is human nature.” This is what is called a “wilful indulgence”. That is to say, instead of becoming conscious that these are weaknesses and difficulties on the way, one justifies these things, saying, “Oh! It can’t be helped, it is human nature.” One wants to continue to do what one is doing, without changing, one is full of a wilful indulgence of one’s demands. For the lower nature of man always demands things; it says, “These are necessities, these are needs, I can’t do without them.” Then, the instincts—a sort of instinct for one’s own satisfaction—and pretensions: the lower being claims that it has a considerable importance and must be given what is necessary for it, otherwise it won’t be able to live; it asserts that it alone is important, and so on. It is all this which creates obstacles, all these obscure, ignorant movements, all these justifications of the old ways of being: those who fly into a temper and say, “What do you expect, it can’t be helped”, and everything one does saying, “Oh! It is human nature”, everything one justifies saying, “What can be done, people are like that, there is nothing to be done about it.” It is the old idea that we are born with a particular nature and must get adjusted to it, for we cannot change it.

So Sri Aurobindo tells us that if one cannot change the nature it is not worth the trouble of doing yoga, for yoga is done precisely in order to change the nature, otherwise it has no meaning. 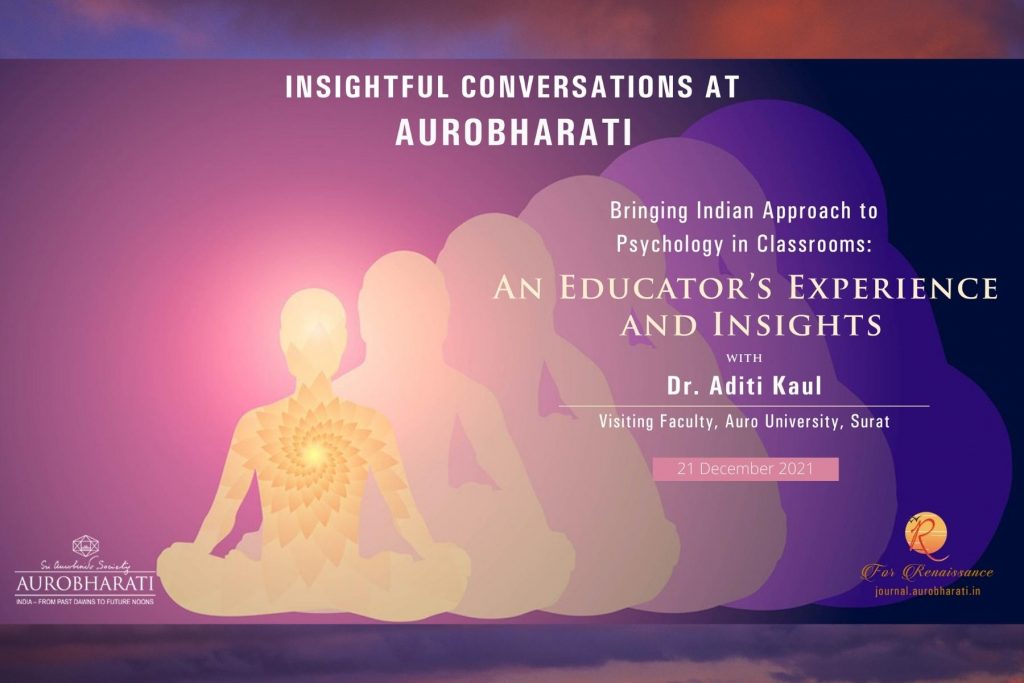 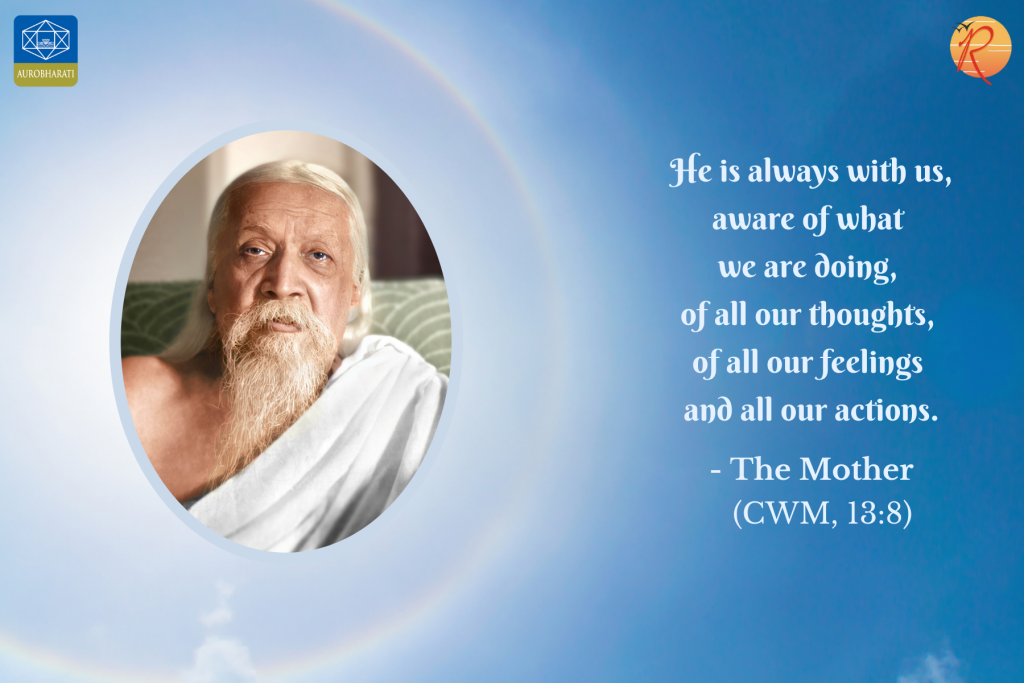 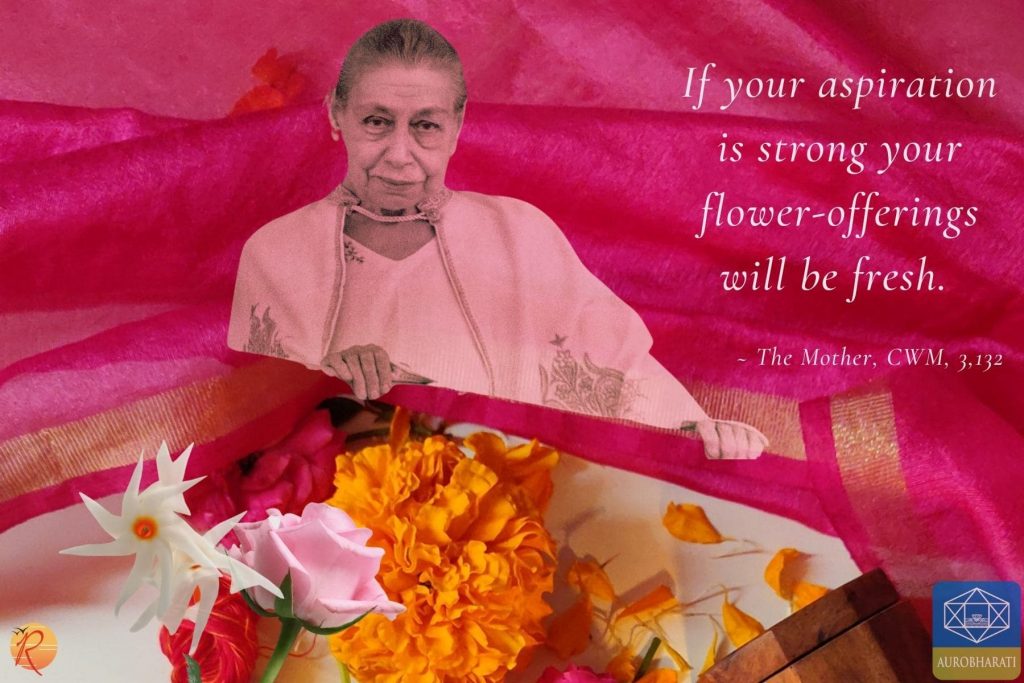