Integral Yoga at Work: A Study of Practitioners’ Experiences Working in Four Professional Fields (Book Review and Meet the Author)

Editor’s note: In our Book of the Month, we feature ‘Integral Yoga at Work: A Study of Practitioners’ Experiences Working in Four Professional Fields‘ written by Dr. Larry Seidlitz. We bring a comprehensive review of the book written by Dr. Martha Orton.

The review is followed by a video recording of a special interactive session organised earlier this year with the author. Larry gives a brief overview of the book in this session and addresses some questions from the participants.

In this unique and engaging book Larry Seidlitz shares his deep and comprehensive understanding of the Integral Yoga in the context of describing in-depth research on the role of work in the Yoga. Seidlitz’s research into the application of the karma yoga aspect of the Integral Yoga reveals rich spiritual experiences in the lives of those he interviews. His findings are intriguing and enlightening in their detailed discussion of the Integral Yoga as a whole.

The book presents a valuable elucidation of karma yoga as essential to the Integral Yoga in both conceptual and concrete, pragmatic terms. Moreover, because of the author’s ability to concisely articulate concepts which are central to the Yoga without sacrificing their subtle aspects, this book can also be appreciated as a blueprint for practicing Integral Yoga of Sri Aurobindo and the Mother in life generally.

The book was published by Indian Psychology Institute, Pondicherry and the Digital Empowerment Foundation, New Delhi, and can be purchased from SABDA (HERE).

Integral Yoga at Work is the fruit of the author’s qualitative research into experiences of sixteen long-term practitioners of the Integral Yoga. With a PhD in psychology, Seidlitz brings to his work an extensive background in the field of psychology and psychological research. More importantly, he brings an even lengthier background as a devotee of Sri Aurobindo and the Mother and practitioner of the Yoga.

The author provides essential context for his research by including an excellent introduction to Sri Aurobindo and the Mother and also to some basic concepts of the Integral Yoga. This is followed by a discussion of research methodology. He begins with specific explanations of various recognized types of research approaches and progressing to how this present qualitative research relates to them.

Seidlitz also points out the distinct nature and appropriateness of his methodology. He writes about why he does not aim to be detached and objective, but rather joins with the practitioners he interviews in their perspective on the truth of spiritual reality, practice and experience. Citing the ability to enter more deeply into the meaning of the experiences involved, he writes:

Rather than skeptically examining or questioning them as an outsider, I utilize my own experience in studying and practicing the Yoga to further elaborate on them and place them into the larger context which I share with the participants.

The primary method used in this qualitative study is interviews with selected participants in four broad categories of work: management, education, health care and the arts. The reader receives the benefit of the author’s ability to relate to, interpret and communicate the participants’ observations and experiences.

Real identities of the sixteen participants, which include seven women and nine men, are concealed. They equally represent general places of origin as described in terms of being from India or from Western countries. Ranging in age from 32 to 84, they had between eleven and more than thirty years of commitment to the Integral Yoga. Some work in the Sri Aurobindo Ashram, some in Auroville, and some live and work at a distance and spend extended periods of time in either place.

Before examining the application of the Integral Yoga in the four selected areas of work, the book examines its application to work in general. This part zooms in on some of the participants’ experiences and observations in light of the relevant passages from Sri Aurobindo and the Mother on integration of work into life and Yoga.

Next, each of the four areas of work is briefly explored. This is done first by considering Sri Aurobindo’s and the Mother’s perspective on how best to approach each type of endeavour, and secondly by considering the participants’ experiences working in these fields. The wisdom shared here, including the quoted passages, comprises rich and meaningful direction for living consciously in the world.

Narrative descriptions from the participants’ interviews help the readers follow how the study participants apply their understanding of Integral Yoga in the specific types of work they perform. The participants also speak of their experiences of integrating Yoga in their daily lives. Seidlitz incorporates interpretive analysis into his discussion of the narrative reports and also, more comprehensively, into the conclusions on each of the four areas of work.

Not surprisingly, in the process of making comparisons and drawing parallels, some significant common elements are revealed. Some of the frequently expressed themes which Seidlitz identifies are:

merging of life, work, and yoga; equality towards money…; service as a motivation in work; feeling the Divine’s Presence in work; feeling that one is an instrument of the Divine; feeling connected with the Divine leads to harmony and efficiency in work; receiving concrete help from the Divine in work; difficulties in work seen as part of the Yoga; and fulfillment in life and work.

These research findings can be seen as indicative of the truly dynamic and integral nature of the practice of the Integral Yoga.

Before summarizing the broad implications of his research, Seidlitz provides additional context with an enlightening description of his personal experience of discovering Sri Aurobindo and the Mother. He also speaks of his journey which followed his awakening to the Integral Yoga, including his experiences of karma yoga.

This provides him an opportunity to incorporate interesting comparative descriptions of work in the Ashram and Auroville. He provides some of the distinct characteristics of each, as well as similarities and contrasts. For those unfamiliar with either or both of these two foci of the Integral Yoga, this should be a particularly interesting aspect of the book.

Seidlitz concludes the book highlighting the essence of his research focused on integration of yoga in work.

We all can apply the insights discussed in this book to act more consciously, with a remembrance of the divine Source of all action, and more in harmony with the divine Force that is in us and seeks expression through our work in the world, whatever that work may be.

Altogether, Integral Yoga at Work makes a unique and significant contribution to the literature on Integral Yoga. It comprises a valuable resource for developing an in-depth understanding of the dynamics of karma yoga and the manner in which it is an essential component of the Integral Yoga of Sri Aurobindo and the Mother.

The book also demonstrates concretely how work in the light of the Integral Yoga has the capacity to enrich individual development and facilitate one’s progress in the evolution of consciousness.

Dr. Larry Seidlitz is a Pondicherry-based scholar and long-time practitioner of Integral Yoga. He became acquainted with the Integral Yoga teachings in 1976 while still a university student in the USA. He holds a PhD. in Psychology from UIUC, USA, and has also worked as a research psychologist. He moved to Pondicherry in 2004 after having lived for several years at Sri Aurobindo ashram in Lodi, California.

Dr. Seidlitz has authored three books on Integral Yoga, as well as numerous articles and book reviews for various journals. He was the editor of the US-based journal on Integral Yoga, Collaboration, from 2004-2020, and was on the editorial team of the monthly news magazine Auroville Today during 2012-2013. He has also edited books and papers for other Sri Aurobindo scholars.

Martha Orton is a writer and scholar with a PhD in Sri Aurobindo’s philosophy. A devotee of Sri Aurobindo and the Mother for many years, she has lived in Sri Aurobindo Ashram as well as Auroville. Dr. Orton is the author of several books and numerous journal articles on Integral Yoga.

On March 19, 2022, we had organised a special interactive session with Dr. Larry Seidlitz. We share below the recording of the session.

Also read:
Why Work and How to Work — Sri Aurobindo Guides 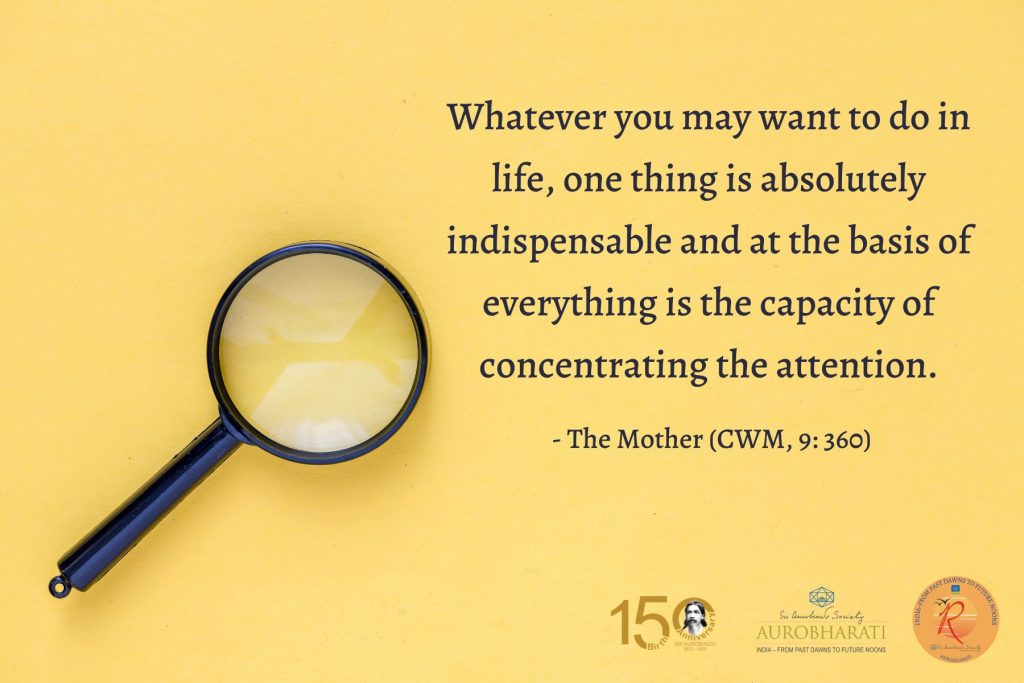 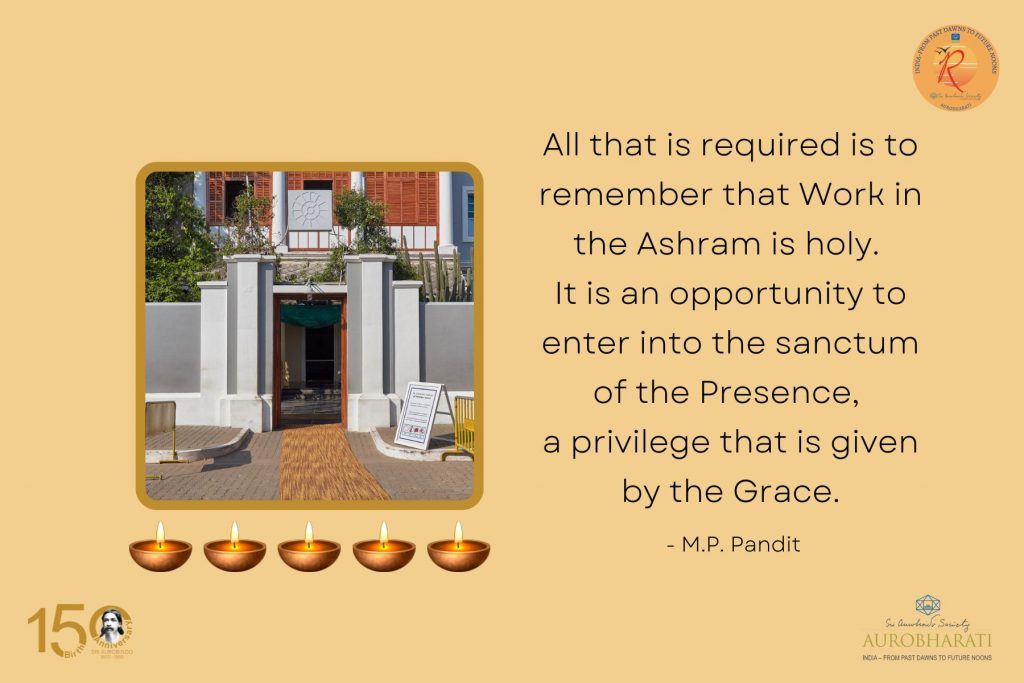