India and Her Mission: Free E-Books on India

Home » India and Her Mission: Free E-Books on India

Editor’s note: On the special occasion of 75th Independence Day of India and 150th Birthday of Sri Aurobindo, we are happy to bring to our readers’ attention several compilations on India from the works of Sri Aurobindo and the Mother. These e-books are published recently by Sri Aurobindo Society are available for free download HERE.

Jamshed M. Mavalwalla, a member of Sri Aurobindo Ashram and the compiler of these e-books writes a brief note about this labour of love. A brief note about him is given at the end of his writeup.

Free e-books on India:
Compiled from the Works of Sri Aurobindo and the Mother

I have had the blessing and the privilege to compile these e-books. For the last 19 years, I have been doing comprehensive compilations on various topics related to Sadhana. I was encouraged to take up this work by Vijay Poddar, known to us as Vijay bhai. He also encouraged me to do compilations on topics related to India. I feel blessed to be offer this work to the Mother in this special year.

It is my hope that as readers through these e-books on India, one will recognize that the subtle theme of this series is “How India Can Achieve Its Mission.”

The list of the e-books released is as follows:

A few more books are being worked on and will be released in due time.

Why Compilations on “India” from Sri Aurobindo and the Mother?

In one of his essays, Sri Aurobindo says:

I am impelled to this labour by the necessity of turning the mind of young India to our true riches, our real source of power, purification and hope for the future and of safeguarding it in the course of its search both from false lights and from the raucous challenges and confident discouragements cast at us by the frail modern spirit of denial.

I write, not for the orthodox, nor for those who have discovered a new orthodoxy, Samaj or Panth, nor for the unbeliever; I write for those who acknowledge reason but do not identify reason with Western materialism; who are sceptics but not unbelievers; who, admitting the claims of modern thought, still believe in India, her mission and her gospel, her immortal life and her eternal rebirth.

These compilations bring for the readers selected gems from this vast and immense labour of Sri Aurobindo. The aim is to inspire the youth of India so that they will learn about the true mission and role of India, and be encouraged to contribute to building a new India of Sri Aurobindo’s vision.

I know I have the strength to deliver this fallen race. It is not physical strength,—I am not going to fight with sword or gun,—but the strength of knowledge. The power of the Kshatriya is not the only one; there is also the power of the Brahmin, the power that is founded on knowledge. This feeling is not new in me, it is not of today. I was born with it, it is in my very marrow. God sent me to earth to accomplish this great mission. The seed began to sprout when I was fourteen; by the time I was eighteen the roots of the resolution had grown firm and unshakable.

August 30, 1905 (Letter written by Sri Aurobindo to his wife Mrinalini)

As to why now, we find a perfect answer in one of the messages of the Mother.

What must be done to pull the country out of its difficulty? Sri Aurobindo has foreseen all the troubles and he has given the solution. Just now we are approaching his Centenary; [1972]. . . this would be a wonderful occasion to spread his teaching all over the country: . . . his teaching about India, how to organise India, the mission of India. . .

. . . We must give the country its true position, that is, the position of relying on the Divine. Naturally, this is at the other end of what people try to believe now. But Sri Aurobindo explains it in such a way that even those who are against it can agree. You understand? He has found a way of saying it which can be understood by everybody. That’s the only solution, as far as I can see; it is the only solution. All the rest will mean complication, contradiction and fighting.

. . . And this is above politics, you see. . . It is to organise the country beyond politics. And it is the only way. In politics it is always fight and ugly fight—ugly. And it has become so bad. He was telling me always that things would become worse and worse, because it is the end of this age. We are entering into an age where things must be organized differently. It is a difficult time because of that.

Because we know what will come, we can help to make it come sooner and with less turmoil. There is no hope in going backwards; it would make things last endlessly. We must go forward, absolutely, and go beyond, beyond party. And nobody can explain that better than Sri Aurobindo, because he was so much, so much beyond party; he saw the advantages and disadvantages of all parties and he stated them exactly.

If you read carefully what he has written—so much—you will find the answer to all these questions. And at the same time you will know that you will have the full support of the Divine Power. The Power that was behind him is behind this transformation. It is time for transformation. We can’t cling to the past.

The best way to go beyond politics is to spread the message of Sri Aurobindo. Because he is no more a political element wanting to take power; there are only his ideas and ideals. And, of course, if people could understand and realise his programme, the country could be very strong, very strong.

Those who understand the teaching can take up the work of organising and spreading it.

These compilations also include quotations from the Mother’s Collected Works. The Mother, though born in France, always felt that India was her true country, the country of her soul and spirit. She declared herself Indian by choice and predilection in her message of 15 August 1954.

I want to mark this day by the expression of a long cherished wish; that of becoming an Indian citizen. From the first time I came to India—in 1914—I felt that India is my true country, the country of my soul and spirit. I had decided to realise this wish as soon as India would be free. But I had to wait still longer because of my heavy responsibilities for the Ashram here in Pondicherry. Now the time has come when I can declare myself.

But, in accordance with Sri Aurobindo’s ideal, my purpose is to show that truth lies in union rather than in division. To reject one nationality in order to obtain another is not an ideal solution. So I hope I shall be allowed to adopt a double nationality, that is to say, to remain French while I become an Indian.

I am French by birth and early education, I am Indian by choice and predilection. In my consciousness there is no antagonism between the two, on the contrary, they combine very well and complete one another. I know also that I can be of service to both equally, for my only aim in life is to give a concrete form to Sri Aurobindo’s great teaching and in his teaching he reveals that all the nations are essentially one and meant to express the Divine Unity upon earth through an organised and harmonious diversity.

The Mother also said that while her body was born in Paris and her soul had declared that it was Indian, yet she did not belong to any nation in particular. She also explained the reason why she took birth in France in these words:

It is France that can connect Europe with India. There are great spiritual possibilities for France. She will play a big part in spite of her present bad condition. It is through France that the spiritual message will reach Europe. That is why I chose France for my birth, although I am not French.

Sri Aurobindo and the Mother cannot be narrowly called Indian for they worked to uplift the humanity and move towards the next step in evolution so that all problems of humanity can be solved. But their love for India was intense. The Mother says,

Sri Aurobindo always loved deeply his Motherland. But he wished her to be great, noble, pure and worthy of her big mission in the world. He refused to let her sink to the sordid and vulgar level of blind self-interests and ignorant prejudices. This is why, in full conformity to his will, we lift high the standard of truth, progress and transformation of mankind, without caring for those who, through ignorance, stupidity, envy or bad will, seek to soil it and drag it down into the mud. We carry it very high so that all who have a soul may see it and gather round it.

The words of Sri Aurobindo and the Mother in these compilations are a few decades old. So a reader may wonder how they could be relevant today. When a Yogi or a self-realised person talks, even on worldly matters, there is always Truth in it. This Truth will help one much more than what he could ever come up with through his own thinking. Sri Aurobindo and the Mother had the highest spiritual realisations. Their vision and guidance can lift India out of the present challenges she faces and help her achieve her mission.

A deep meditation on the mission that India has to achieve and a sincere look at the present day condition of our country makes one realise that Sri Aurobindo’s and the Mother’s words are just as relevant today as they were at the time they were first written or spoken.

I wish to add one note of caution for the readers. While reading these words of Sri Aurobindo and the Mother one must not be too dogmatic in one’s approach. One really needs to experience and live in the spirit behind the words.

This work is presented with a hope and an aspiration that the people of India may be inspired by Sri Aurobindo’s and the Mother’s vision of India and that the process of achieving India’s Mission may be hastened.

About the compiler:  Though a formal student of Science and Mathematics, Jamshed M. Mavalwalla was deeply interested in philosophy since his college days. He read various religio-spiritual philosophies and the works of different spiritual masters, including that from Zoroastrian faith in which he was born. But his constant search for deeper meaning and purpose eventually led him to Sri Aurobindo and the Mother. That is where his inner seeking found its resting home, especially after he read Sri Aurobindo’s The Synthesis of Yoga and the Mother’s Prayers and Meditations.

He eventually settled in Sri Aurobindo Ashram and is presently an Ashram inmate. In addition to the nine compilations featured here, he has made 41 compilations from various works of Sri Aurobindo and the Mother, covering several topics related to sadhana. All these are available for free download HERE.

~ Design (other than the e-book covers): Beloo Mehra 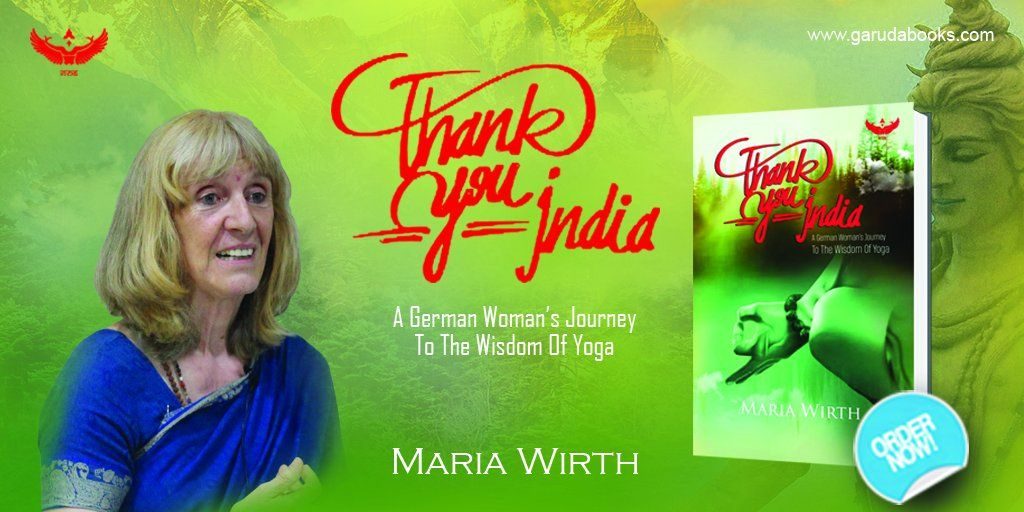 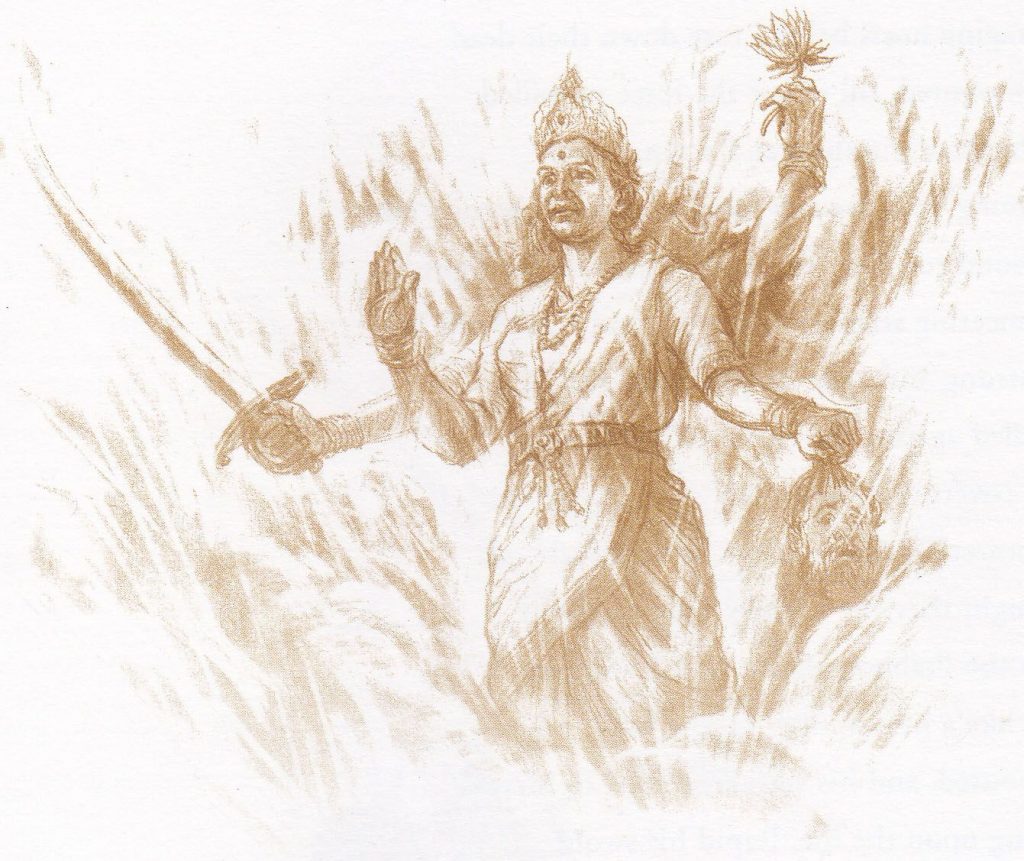