Indian Renaissance – The Demand from Us

Home » Indian Renaissance – The Demand from Us

If Indian renaissance has to truly become a multi-faceted and multi-directional reality, impacting every aspect of life – social, cultural, political, economic – and at every level – individual, collective, national, global – what is it that we, the Indians must do to effectively contribute to this mighty task? Sri Aurobindo once mentioned, in unambigous words, what is it that Mother India demands from the greatest among her sons and daughters.

“An education at once more subtle and more massive, a greater originality, force and range of intellectual activity, an insatiable thirst for knowledge, the glut of a giant for work and action, mighty qualities of soul, a superhuman courage, self-abnegation and power to embrace and practise almost impossible ideals, these are the virtues and gifts India demands from the greatest among her sons in the future so that they may be sufficient to her work and her destinies.” (CWSA, Vol. 1, p. 679)

How are we doing in our attempt to imbibe these virtues and qualities – of pursuing greater originality in our intellectual work, of inculcating an insatiable thirst for knowledge, of developing mighty qualities of soul, of nurturing a superhuman courage?

This issue of Renaissance is meant as a reminder for all of us, the children of Mother India, of the immense need of this work – the work we all need to do if India is to rise again. A true Indian rebirth, a rejuvenation of Indian civilisation is not merely an intellectual pursuit. It must impact and express itself through every aspect of our collective life as a nation. While remaining true to the eternal Indian spirit, it must express itself in new forms, movements and life-rhythms, appropriate to the time-spirit of the age in which we live and move, and suitable for the time and age that are yet to dawn.

It is this progressive and wide-ranging re-awakening of Indian civilisation that Sri Aurobindo envisioned when he wrote:

“No national awakening is really vital and enduring which confines itself to a single field. It is when the soul awakens that a nation is really alive, and the life will then manifest itself in all the manifold forms of activity in which man seeks to express the strength and the delight of the expansive spirit within. (CWSA, Vol 8, p. 61)

The thoughts, stories and ideas featured in this issue help us gain a few peeks into the richness of the re-awakening that is slowly but surely dawning all around us. We see this in a short report on the recently concluded Abhudaya Conclave in New Delhi, a gathering of young minds and hearts which highlights the growing aspiration among Indian youth in rediscovering the glorious heritage of India and her knowledge traditions with a goal to apply that wealth of knowledge to address modern problems and challenges.

We also find this spirit of coming through the selected ‘Book of the Month’ which we review and feature in this issue (Maria Wirth’s ‘Thank  you India – A German Woman’s Journey to the Wisdom of Yoga’), and also in a candid conversation with the author, presented in three parts.

A real and sustainable rebirth and rejuventation of all that was glorious and noble in our ancient civilisation, for our present times as well as the future, will require a solid and stable base or foundation of a nation-state, one that is organised around the essential truths of the civilisation. What was the nature of Indian genius in the sphere of political organisation? Is the modern Indian nation-state organised around that innate genius of our civilisation?

We started exploring the political genius of ancient India in our last issue, and we continue that exploration in this issue as Sisirkumar Mitra walks us through the role Dharma played in social and political organisaiton in ancient India, and the disruptive and destructive impact of various invasions and colonisations on Indian polity. He reminds us that “if India is to be one and great,… she must before long be so, spiritually, culturally, politically and geographically at one and the same time.” This integration of all her powers and poten­tialities into the wholeness of a composite national life, founded on and fortified by the full deployment of her inherent spiritual power is the real task ahead for India, he concludes.

All this and a whole lot more is presented in this second issue of Renaissance for our readers’ reflection and contemplation. We hope our readers will enjoy going through it, as much as we enjoyed working on it.

As always, we offer this work at the feet of Sri Aurobindo and the Mother. 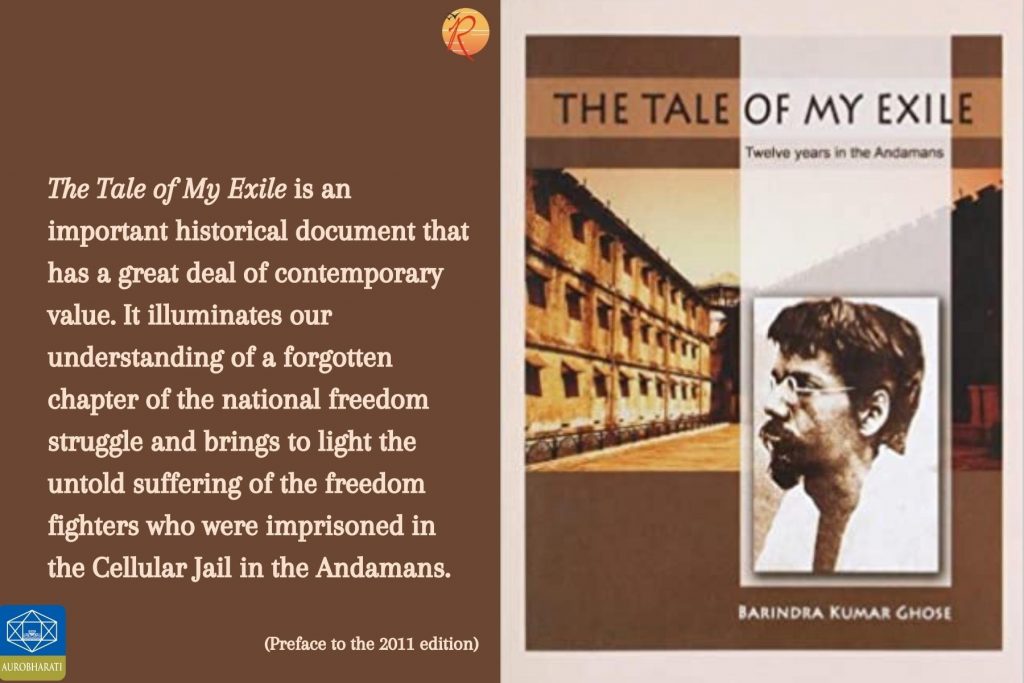 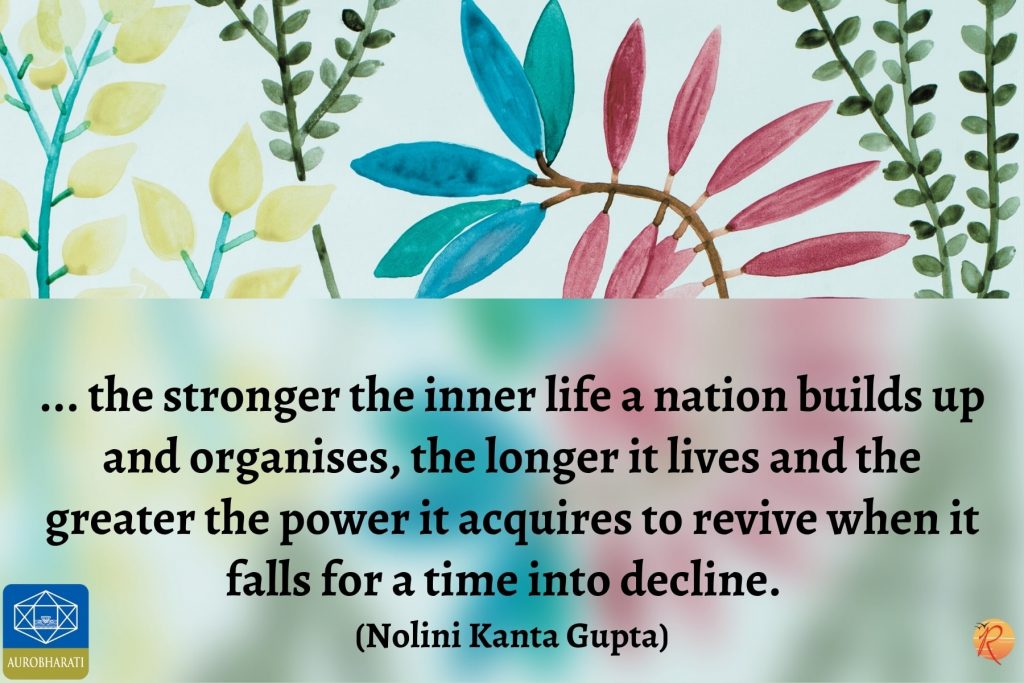